The vast savannah of the Llanos, which stretches from Colombia to the border with Venezuela, impresses with its charming haciendas, idyllic rivers and diverse flora and fauna. This area is a paradise for nature lovers, wildlife observers and photographers. 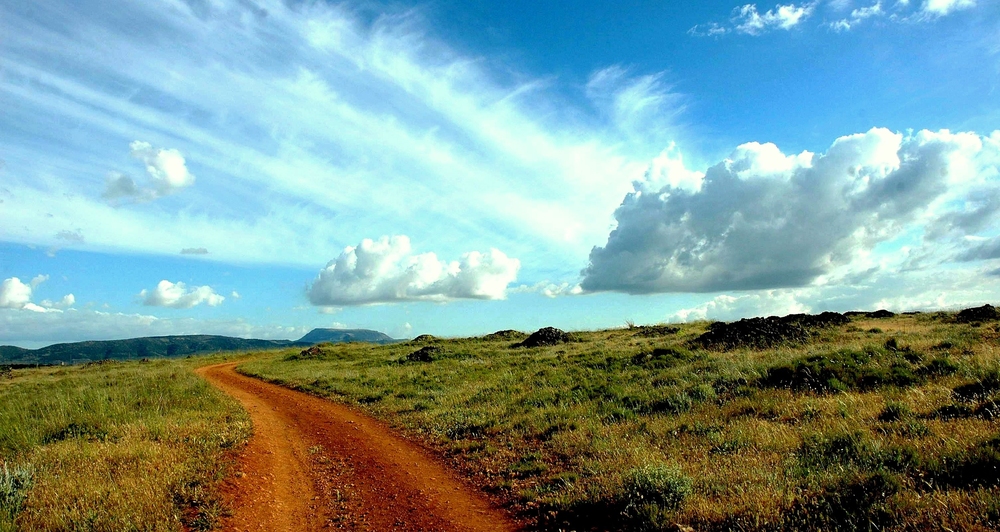 The different national parks are home to about 350 different bird species as well as a wide range of animals such as capybaras, caimans, anteaters, tapirs, ocelots, turtles and iguanas. With a huge portion of luck also jaguars can be seen here.

The hospitality of the so-called Llaneros is known even beyond the borders of the country and makes your stay an unforgettable experience.

The Llanos are located in eastern Colombia, on the border with Venezuela and can be reached by flight or overland transfer from Bogotá.

The best time for the Llanos is the dry season between November and June, as it is here that most animals can be observed gathering at the remaining waterholes.

We have collected some of the top spots to see on Colombia’s east side whereby this list is not final.

Villavicencio is actually not so much a mustsee, but it is considered as the gateway to the east and can be easily reached from Bogota by land and air.

From here the routes spread and you should be able to reach the almost every destination of the Colombia’s East from Villavicencio. 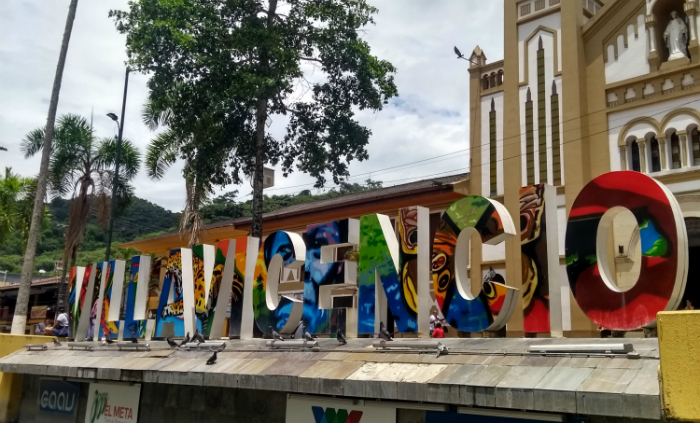 But why not spending a few days here to learn about the local Llanero Joropo Dance (it starts getting impressing on min. 1:10 as the music accelerates), the cowboy culture and eat one of the best meat Colombia has to offer?

By the way, the city has a nice and authentic nightlife whereby Los Capachos is the place to be. So, before taking off to the big following adventures, load your batteries here and make some friends from the gently local community.

The Serranía de la Macarena, where the Caño Cristales National Park is located, is considered as a part of the eastern plains, but is also located on the border between the Andes and the Amazon rainforest. As a result, the area has one of the highest biodiversity in the world. This zone contains a huge number in variant plant species and animals whereby many of them are threatened with extinction. Some of the more recognizable creatures are anacondas, capybaras, a number of monkey species and jaguars.

Situated in a remote mountain range of the la Macarena National Park in the department of Meta, Caño Cristales is also known among admirers as the "River of the Five Colours". It gets its name and its reputation as one of the most beautiful rivers in the world from the bright, changing colors of the aquatic plants that line the bottom of the river. As part of the plains of East Colombia, the river is located in a remote area with only small nearby towns. Although it lies in a more mountainous region, the local climate is quite temperate throughout the year and divided into two seasons: the rainy season and the dry season. The best time to admire the river in all its colours is between June and November. Because of its remoteness, it is recommended to take a guided tour to the Caño Cristales. 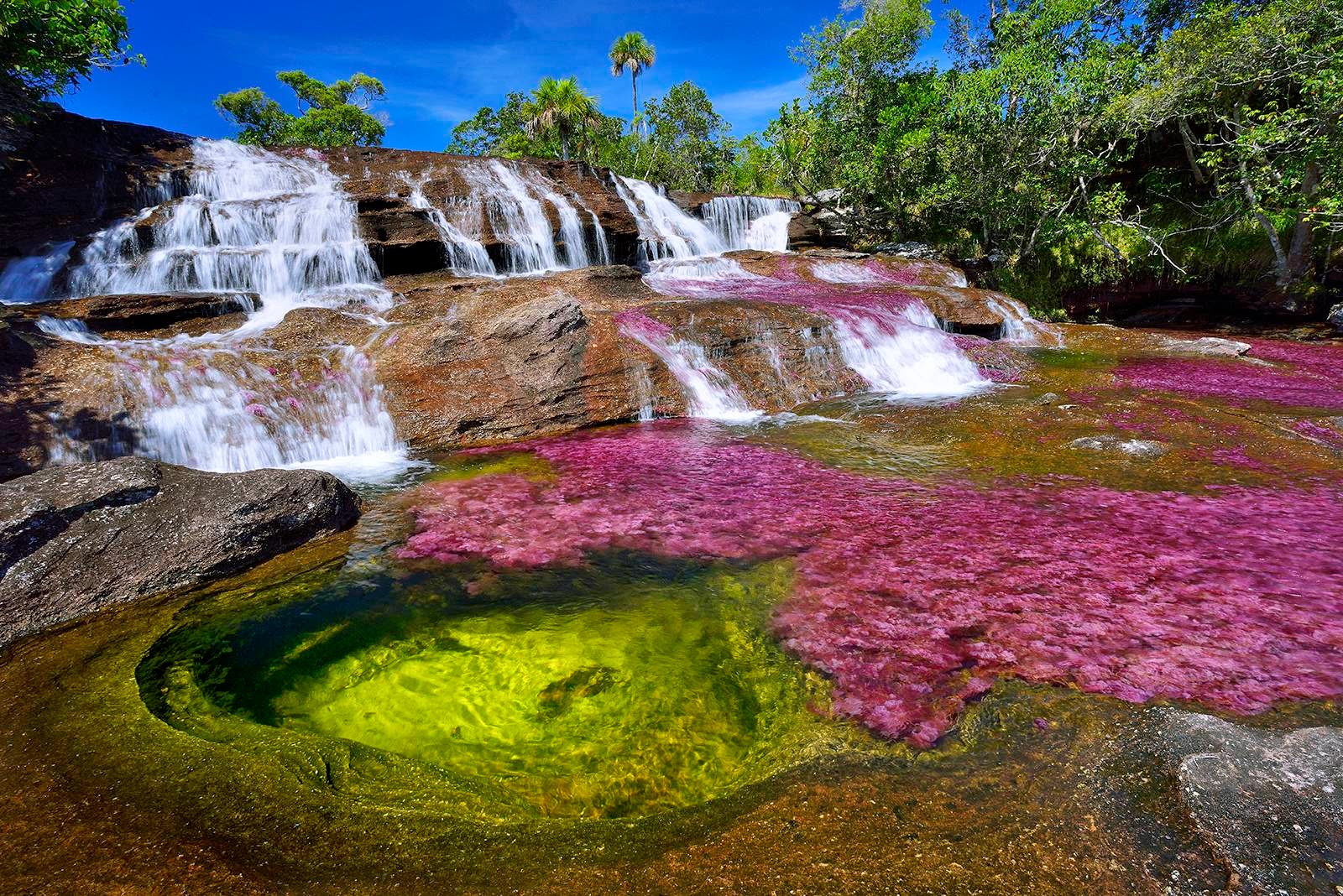 Dreamy view on the probably most beautiful river of the world.

Responsible for the river’s colour, is the blossom of a subaquatic, endemic plant (Macarenia clavígera). Depending on the month in which it is, this plant can be any color of red, blue, yellow, orange and green or a combination of these colors.

There is no fish in the waters of Caño Cristales, but an abundance of plants and microorganisms.

The Lagos de Menegua are a 1,000 hectare nature reserve. They are home to 800 species of mammals, fish, reptiles and birds, including the native capybaras, pumas, caimans and iguanas. 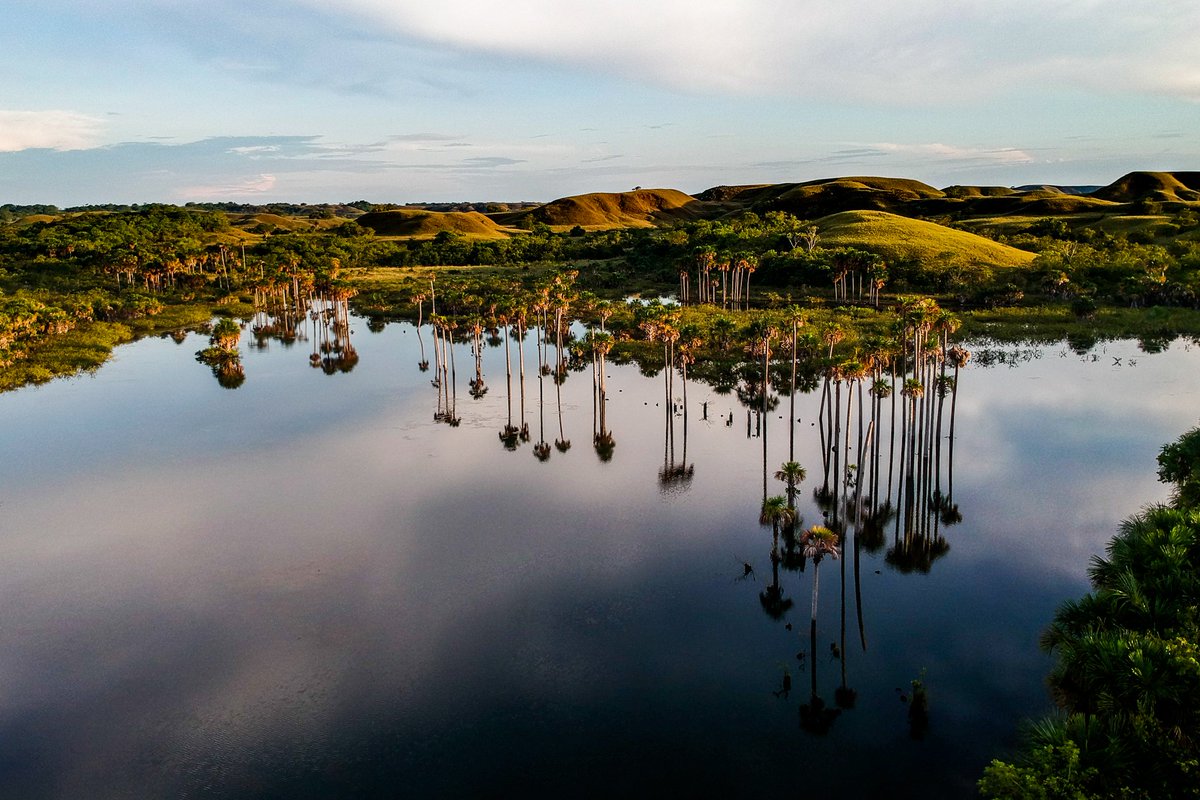 In this reservoir, animal species are repeatedly returned to their natural habitat or resettled to offer them a refuge far away from the threats of the modern world.

Fish farming is also carried out here in accordance with a sustainable model, whereby production is brought into harmony with the protection of the environment.

This nature reserve is one of the best places in the country to observe birds, as more than 235 species have been identified, including the endangered pajuil bird.

Due to its rich biodiversity, this place invites you to make small excursions, to observe nature or simply to be there, listen to and admire your surrounding.

By the way, near this place lies the geographical centre of Colombia.

Three gigantic granite rocks, the mountains of Mavecure, stand out from the large jungle surrounding of Puerto Inírida. 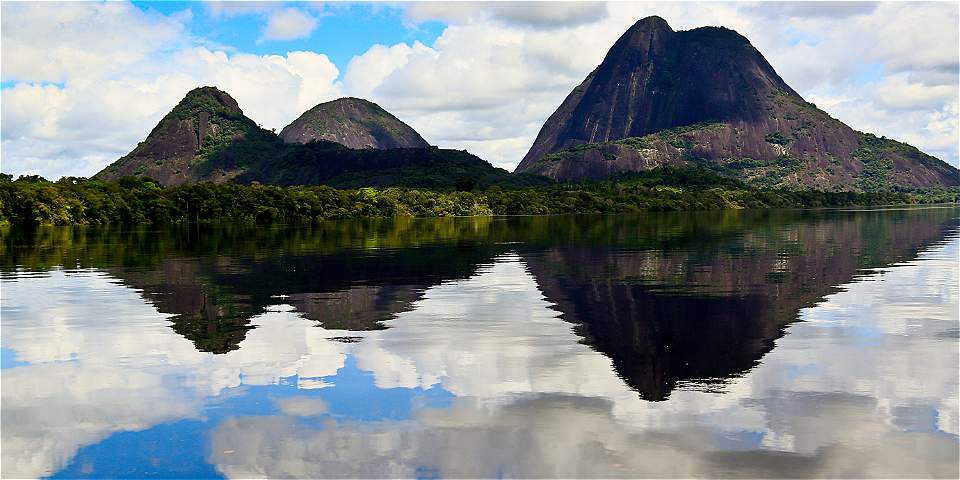 The history and the origin of the Mavecure Hills holds as much myth as the first sight on these Titans. It is spoken of machinations of the extraterrestrials up to meteorites. According to stone samples they already exist since the precambrian era, the geological time 600 million years ago and they are one of the best kept secrets of the country.

The hills of Mavecure are a formation of three huge granite monoliths called Cerro Pajarito (Bird Hill - 712m), Cerro Mono (Monkey Hill - 480m) and Cerro Mavecure (175m). The local indigenous group has spiritual connections to these hills and considers them sacred. They call the hills "tepuyes", a word that in the native language means as much as home/residence of the gods.

Reaching the hills is a small challenge and requires a boat trip from a "close" village called Inirida (read about the legend of Princess Inirida on our blog “Off the beaten track”). The Cerro Mavecure is the smallest of the three and can be climbed. Climbing the other ones is forbidden whereby according to the locals no one have ever climbed the Cerro Mono.

At the moment there exists little to no touristic infrastructure, so this site is for real adventure-seekers. You will need the right equipment to go, prepare for camping and bring enough food and water. There are only a few tour agencies that offer organized tours for a higher budget.

It is the ideal trip for people who want to spend time far away from the tourist hordes and explore Colombia’s hinterland.

Guaviare is quite centrally located in Colombia at the foot of the Amazon. Due to its proximity to the jungle, the region was heavily affected by drug trafficking and not very recommendable for tourists. However, this has changed in the meantime, the gates for tourism are wide open and there is much to see in the surroundings.

The region is famous for its abundance of water and San Jose is also located directly on the river Guaviare, which by the way is also very colorful but never reaches the level of the “rainbow river” Caño Cristales. It is home to some of these water algae and by the way much cheaper and less visited than its big brother. The many water in this region is responsible for the high species richness whereby one can marvel with some luck at pink dolphins, caimans, monkeys, toucans, parrots and hummingbirds in their natural habitat. 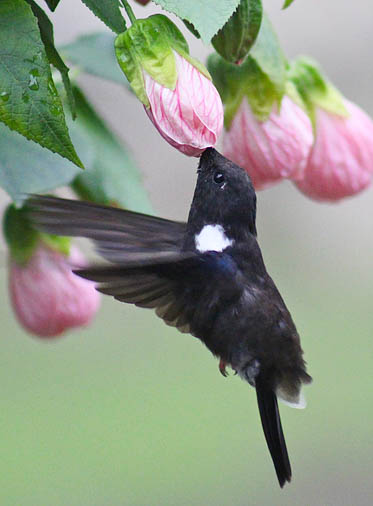 A hummingbird collecting nectar from a blossom

Other highlights that can be easily reached from here are the Laguna Negra, the Damas del Nare (pink dolphins), the breathtaking Las Delicias waterfall and the natural pools of Los Tuneles.

In addition, the hills of Cerro Azul are known for rock paintings from pre-Columbian culture. According to estimates, the paintings have existed for over 1000 years and were made by indigenous tribes.

Also the surreal rock formations and the Ciudad Piedra are always worth a visit. Despite being formed by nature, one has the feeling of strolling through a man-made city.

San José can be easily reached from Bogota by bus from the terminal Salitre or air with for example Satena Airline.

Things to do in general

In addition to the destinations that offer specific activities due to natural conditions, there are also more or less universal activities that can be enjoyed in many places in these regions (also in those which are not mentioned above). 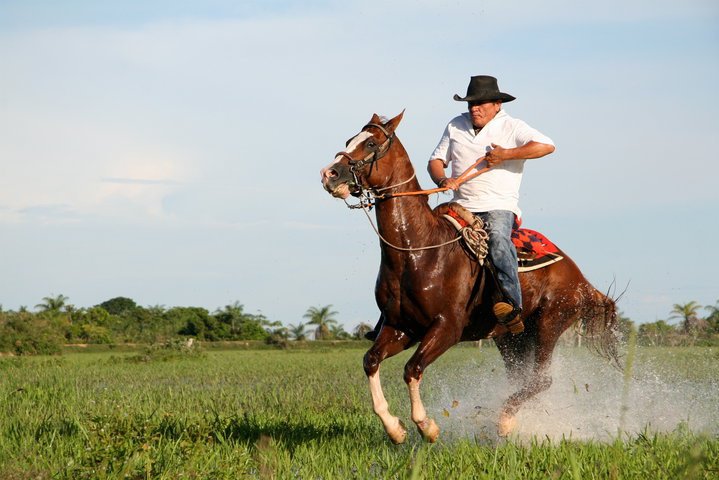 The east of Colombia is still untouched by mass tourism and offers a paradise for adventurers and nature enthusiasts. Also the culture is very authentic and it cultivates an open and interested contact with travellers. There is much to do, to see and to experience here in this more remote and natural part of this wonderful and biodiverse country. Another advantage, as you can read above, this region offers highlights through all seasons.