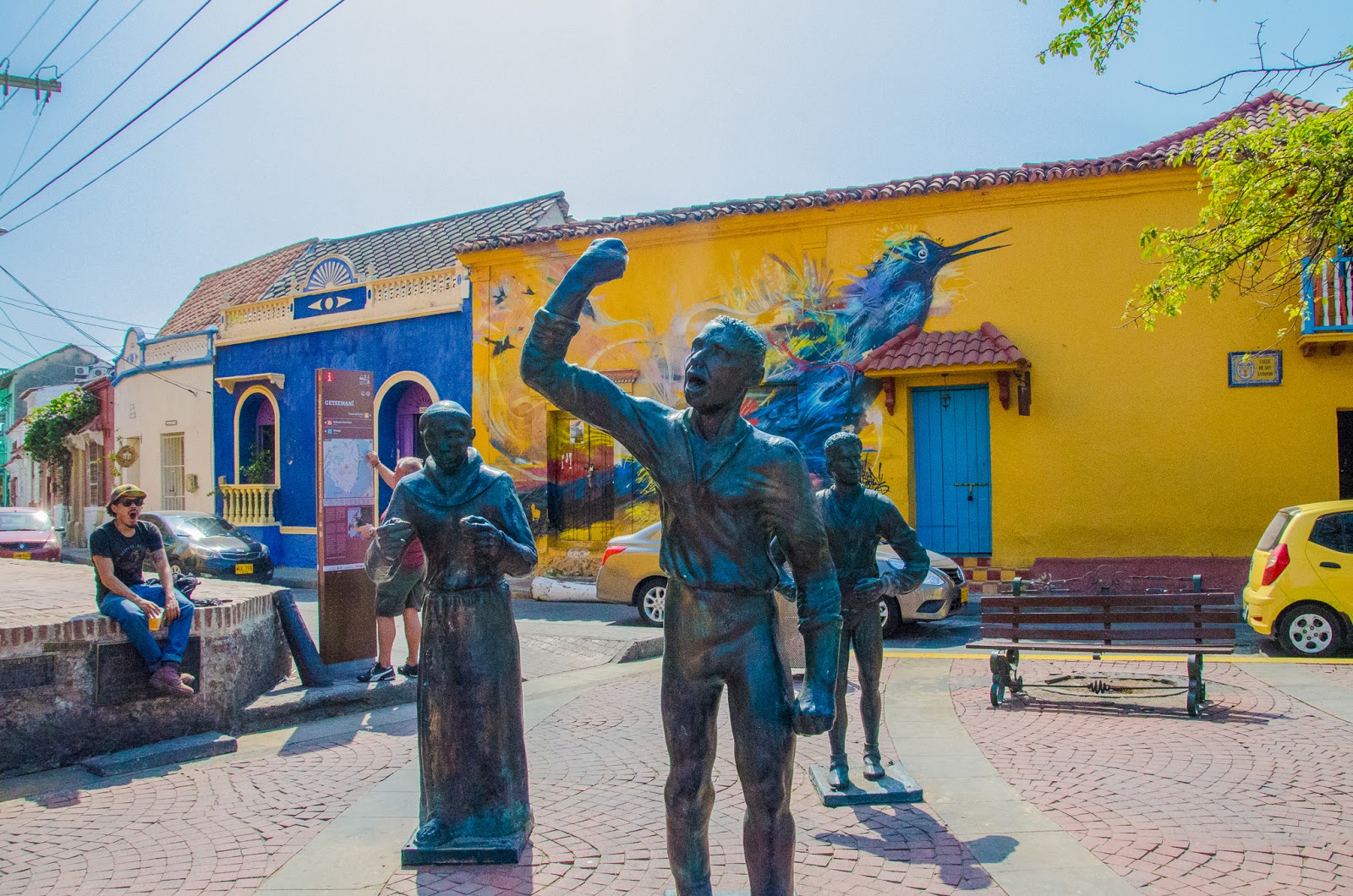 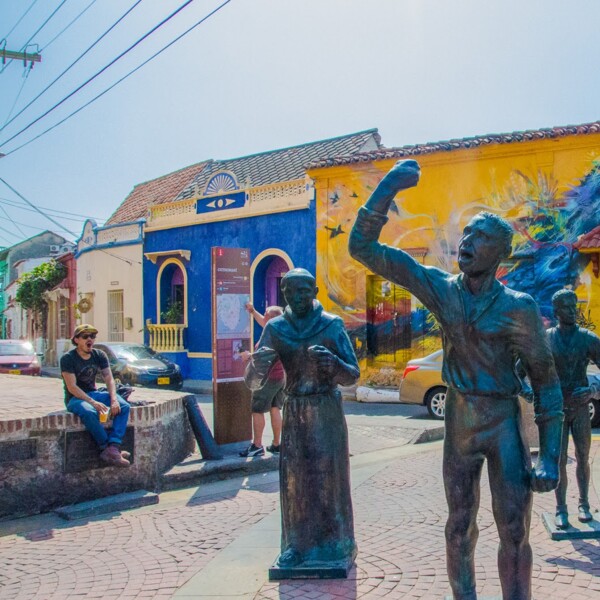 Cartagena is one of Colombia's most famed destinations. Besides beautiful architecture and Caribbean charm, it has a captivating history to offer. More in our blog post!

November 11, 1811, the day that Cartagena declared their independence from the former Spanish colonizers. This marked the first Colombian city, and second Latin American city (after the Venezuelan capital Caracas) to successfully declare independence from the Spanish Empire. Cartagena is the most popular tourist destination in all of Colombia. The intricate beauty and lively spirit of the city continue to draw people from all over. However, behind every thriving cultural city is a rich and complex history. Cartagena is no different. With the recent celebration of Cartagena’s independence on November 11, we are reminded of the trailblazing status of the people as the first Colombian city to break from the Spanish rule.

In this week’s blog, we are going to share a couple of facts about Cartagena’s history to better prepare you for your Caribbean adventure!

The indigenous people of the region where Cartagena is now found, were wide and varied. The region underwent many changes and is thought to be one of the first inhabited regions of the Colombian landmass. For the most part, the people belonged to the broader group of people inhabiting the Caribbean area of the West Indies, classified as the Caribes. It was the arrival of Christopher Columbus and the subsequent development of the Latin American world with colonization that evidently changed the development and flourishing of these peoples and their rich and colorful culture. One of the groups of people flourishing in the region was the Zenú peoples in the Morrosquillo gulf in the region south of Cartagena. The Zenú culture placed large importance on fertility, as can be seen in the relics and art textiles from their times. To find out more about the Zenú people and the Caribbean Indigenous cultures more generally, make sure to check out our tour of Indigenous Heritage here. 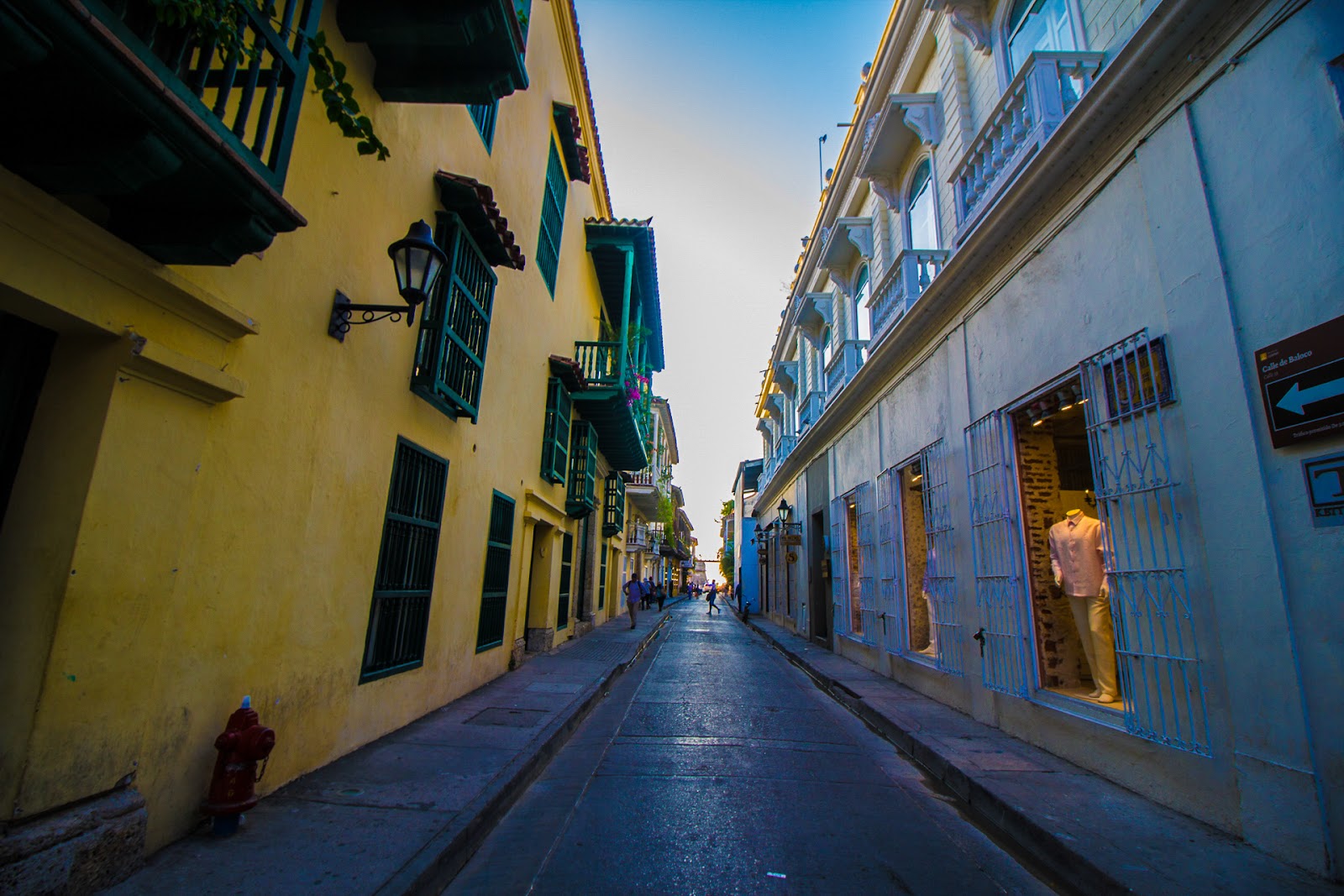 The Development of the Colony

Along with Santa Marta, Cartagena was one of the first colonial cities created by the Spanish in the South American continent. It was founded officially as Cartagena in 1533 by Pedro de Heredia, a noble Spanish explorer. 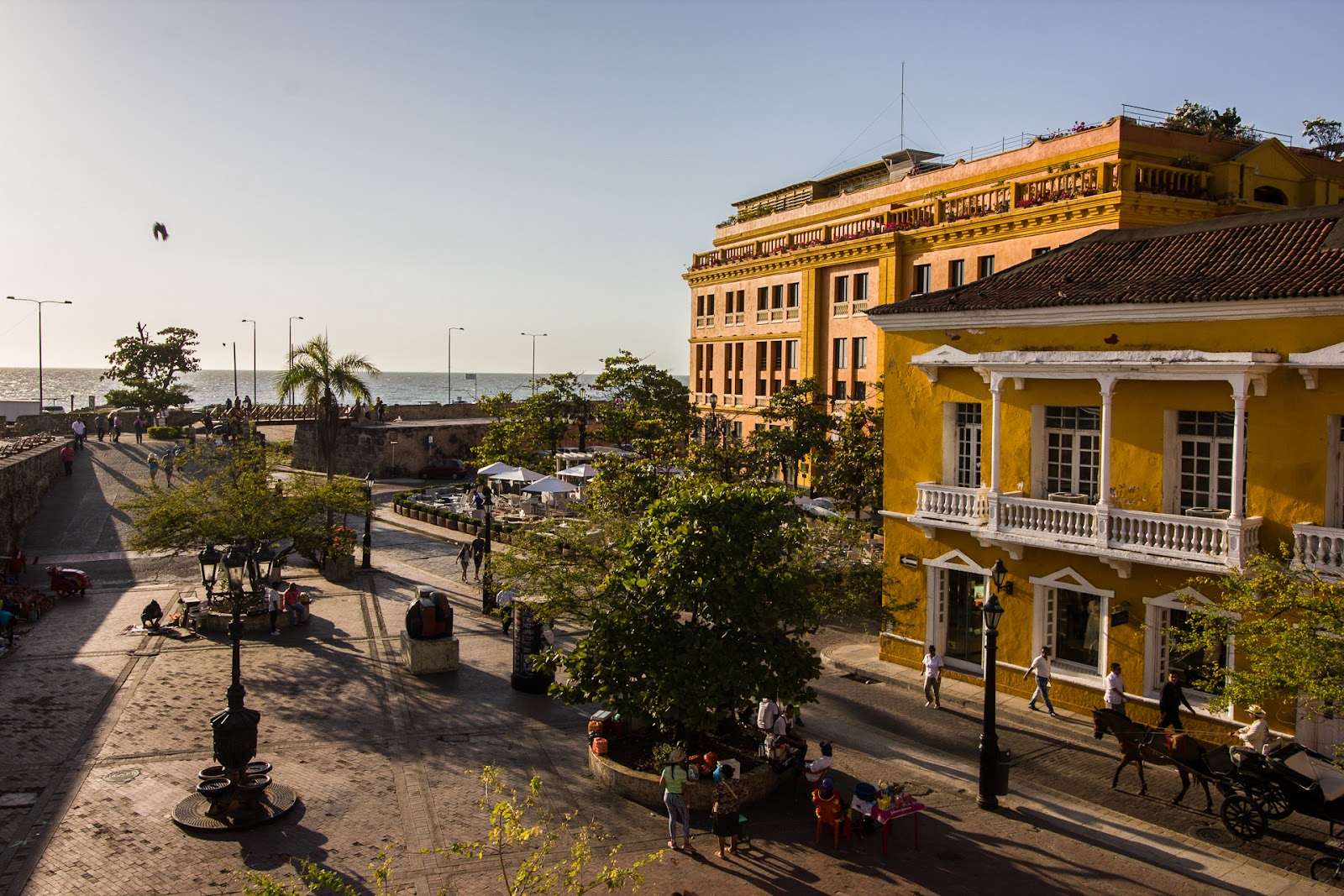 The Naval Museum in Cartagena provides even more historical context

Throughout the 16th century, Cartagena grew to be one of the most important ports of the Spanish Empire due to its strategic location. With a prime access point to the Andes, it became a gateway to a large portion of Latin America for trade paths. As with any colonial city, the influence of trade and influx of Spanish elite passing through the city’s walls, the town itself became more enriched. From these developments grew the historical center of Cartagena, the city’s most thriving tourist district. The maintenance and at times restoration of this district is a reflection of this era of rapid development, allowing you to step into a historical past. 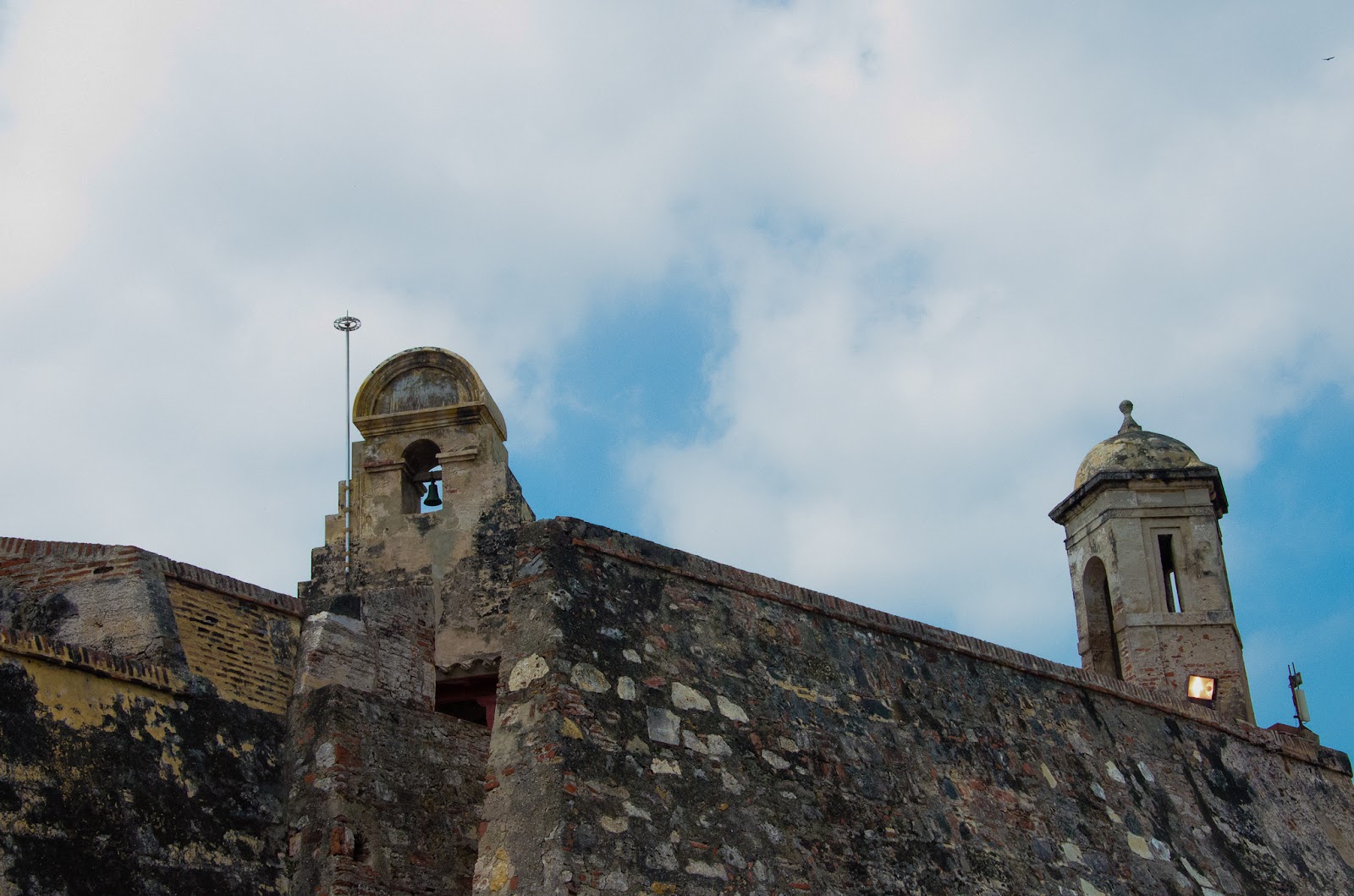 The Walls of Cartagena form part of World and National Heritage

The need for fortification of a strong naval metropolis led to the formation of a walled city, fortified by thick concrete walls, protecting the inhabitants and their riches. The walls are still intact after the years of bombardment and natural attrition, were eventually recognized for their patrimonial importance by their inclusion in the world heritage lists of UNESCO since 1984, as well as Colombia’s own national heritage list in 1959.

The Naval base and presence in the Naval history of Colombia

Cartagena’s geographic position and strong colony was the perfect combination for its transformation into one of Spain’s most important naval bases in the days of yesteryear when Imperialism was thriving and forming the foundations of the world we see today. 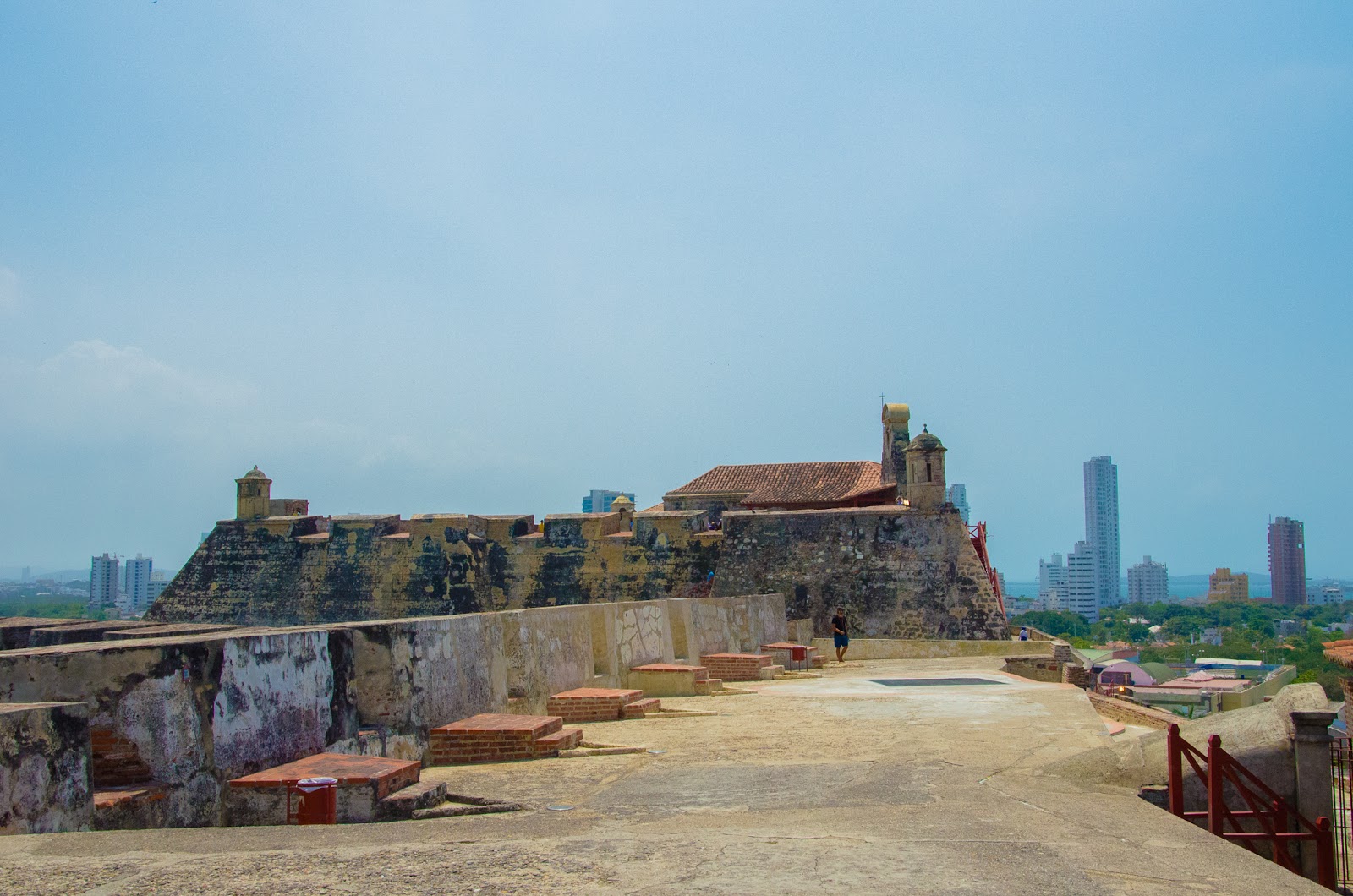 Hence the existence of South America’s largest colonial fort in Cartagena, the ever-photographed Castillo San Felipe de Barajas. The Fort is emblematic of Cartagena, both as a touristic monument or a symbol of Cartagena’s rich history. The winding paths of the Fort intercept the bricked walls like a maze, weaving their way around the perimeter of the enormous base. 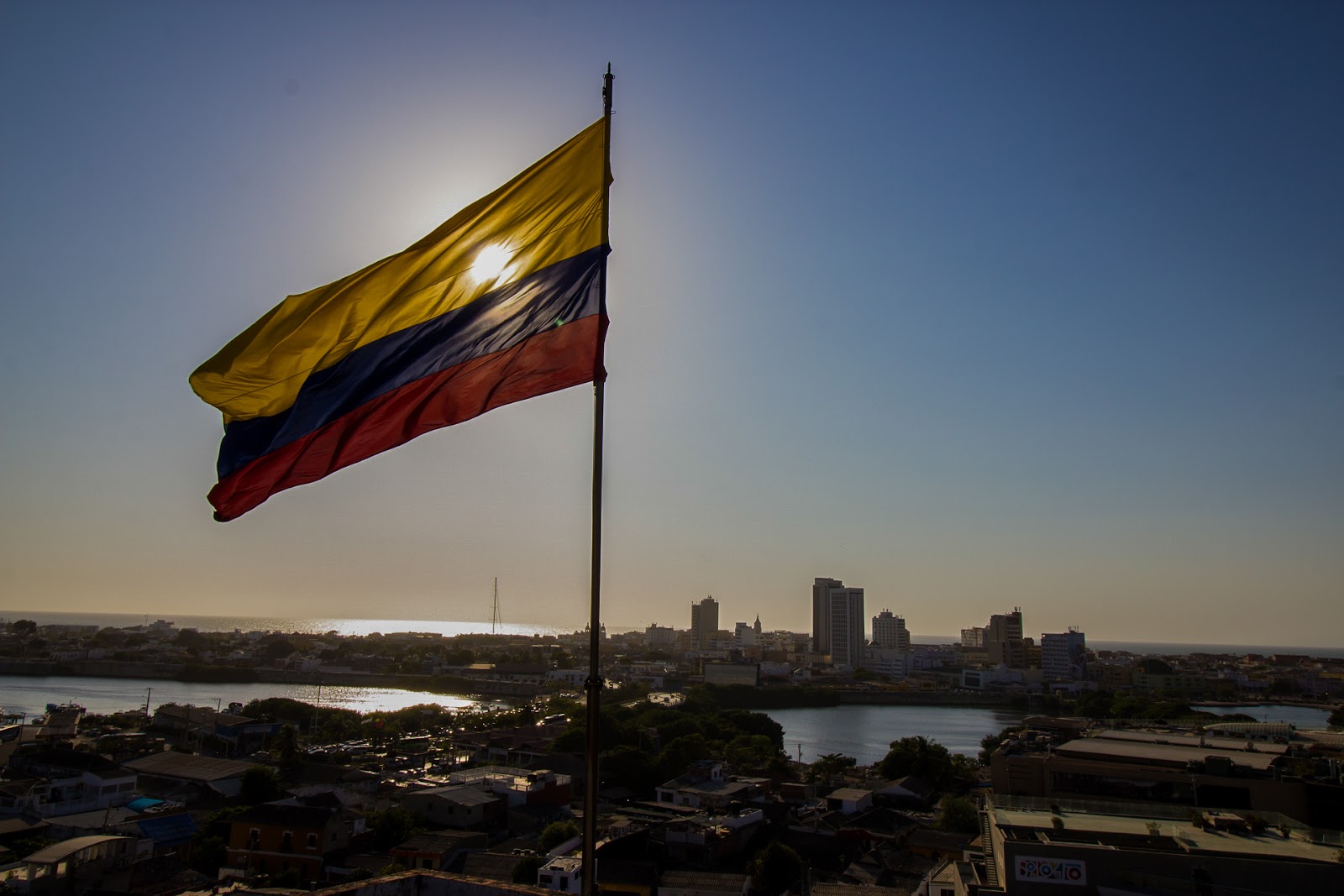 One of the favorite photo spots perched atop the Fort's walls

The wealth of Cartagena in the 16th century made it an alluring spot for pirates navigating the precarious waters of the Caribbean. It was for this reason that the Spanish Empire first commenced work on the San Felipe Fortress in 1536.

The falls of Cartagena

The Castillo of San Felipe was developed even further across the centuries with varies expansions and renaming of the monument, often in response to the various raids and sieges from foreign naval forces and pirates of the Caribbean. The first fall of San Felipe was to the French in the late years of the 17th Century. 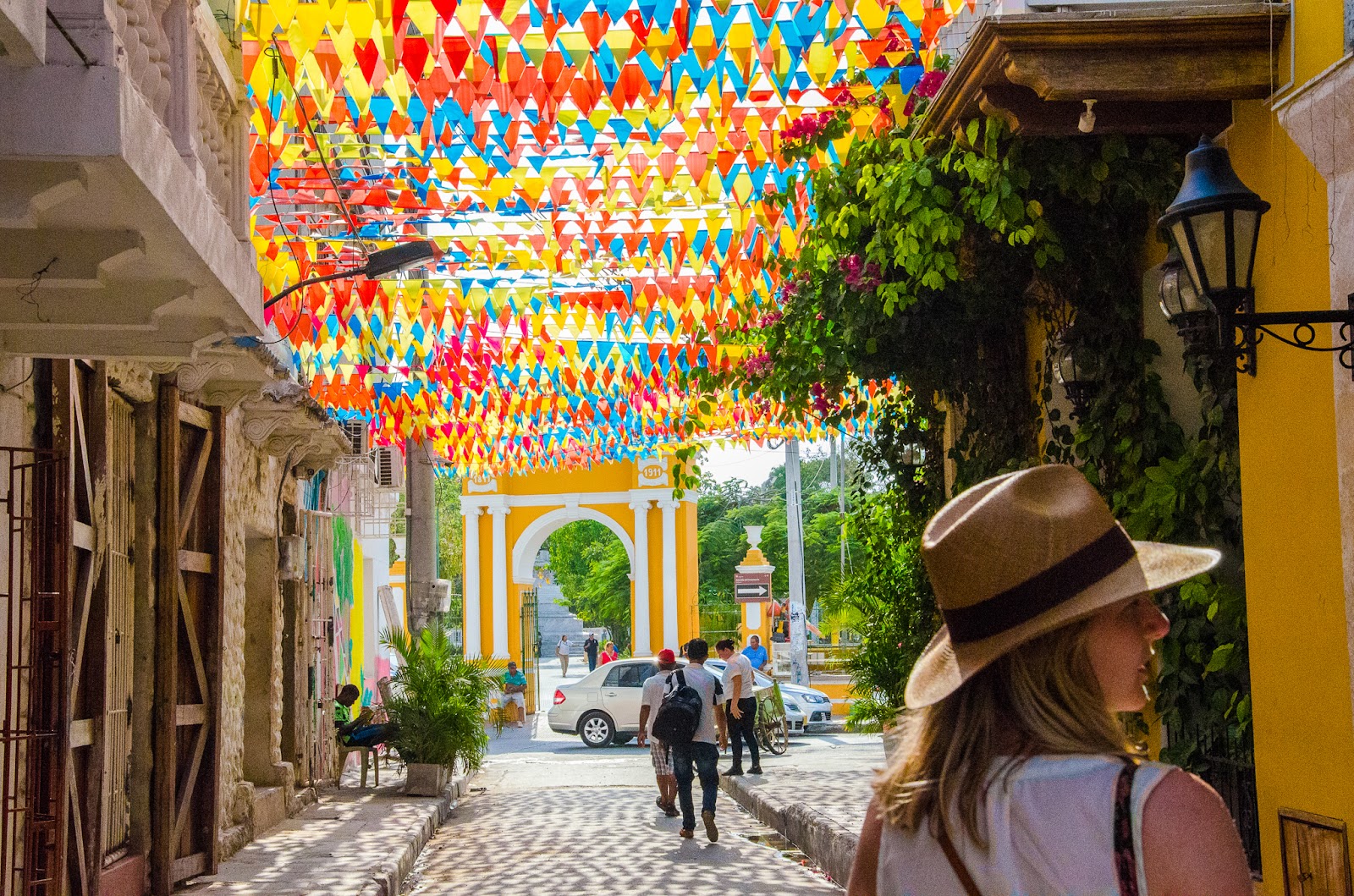 The colorful streets of Cartagena were subjected to many a conflict

Due to the conflicting naval interests of the European Empires during the times of Imperialism, there were many instances of altercations with British Naval Forces. Castillo San Felipe was the stronghold of Cartagena’s defense, most notably in the period of the War of Jenkins’ Ear between the British and Spanish during the period of 1739 to 1748. The peculiar name of this war comes from a tale regarding the severing of the ear of Robert Jenkins, the captain of a British Merchant Ship. Nonetheless, you’ll be sure to keep both ears intact now when touring Colombia’s Caribbean coastline. 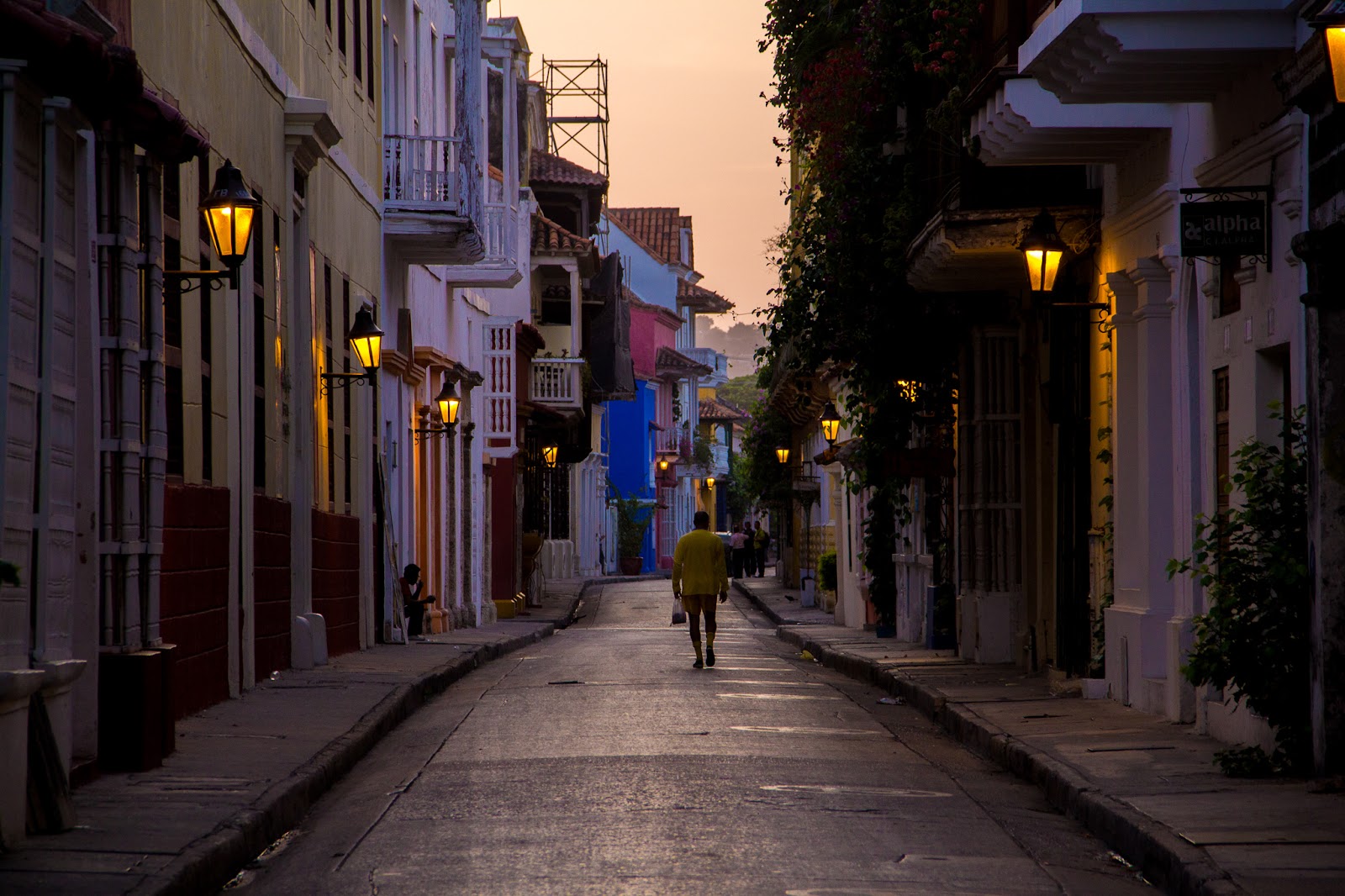 The strategic importance of Cartagena to the Empire meant that the fort itself became a symbol of their prosperity, and subsequently became an important point in the Wars of Independence following Cartagena’s successful declaration in the beginning of the 19th Century.

The richness of the colonial era is of course tainted by the mistreatment of human beings in the form of a prominent slave trade. As with many of the imperial nations of the world, the advancement of colonies came at the expense of slaves and the slaughter of indigenous communities. It is important to always remain conscious of the mistreatment and misuse of many human beings in the creation and development of such colonial cities. The two are inextricably related and Cartagena is thus sprawling with museums, tours, and evidence of the city’s violent past. 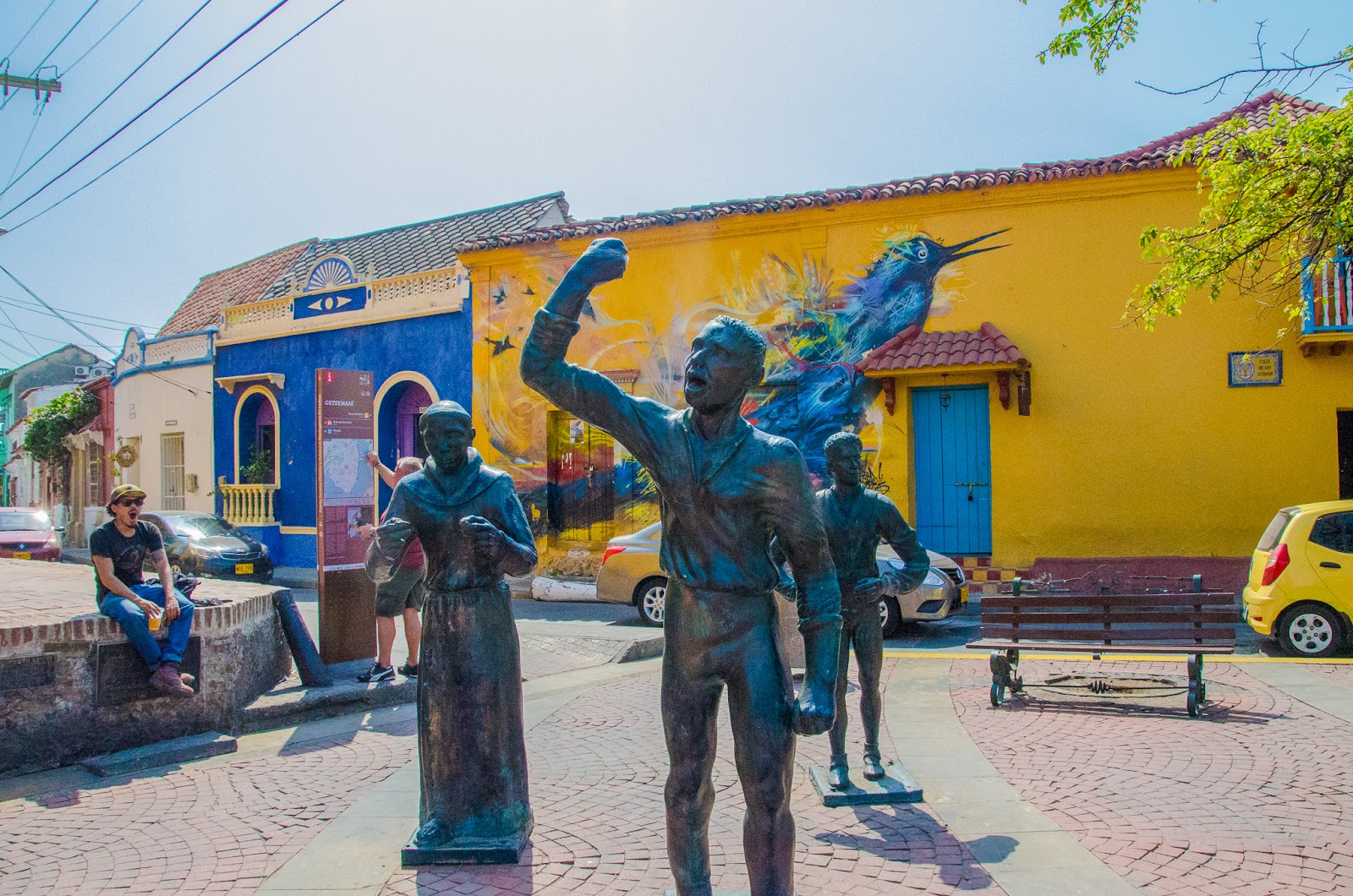 One district that is gaining more and more international attention as a must-see spot of Cartagena is the ever-bright Getsemani. This region of Cartagena has a past entrenched the dark times of slavery. The vivid Caribbean style of Cartagena’s colonial architecture is at its peak in Getsemani. 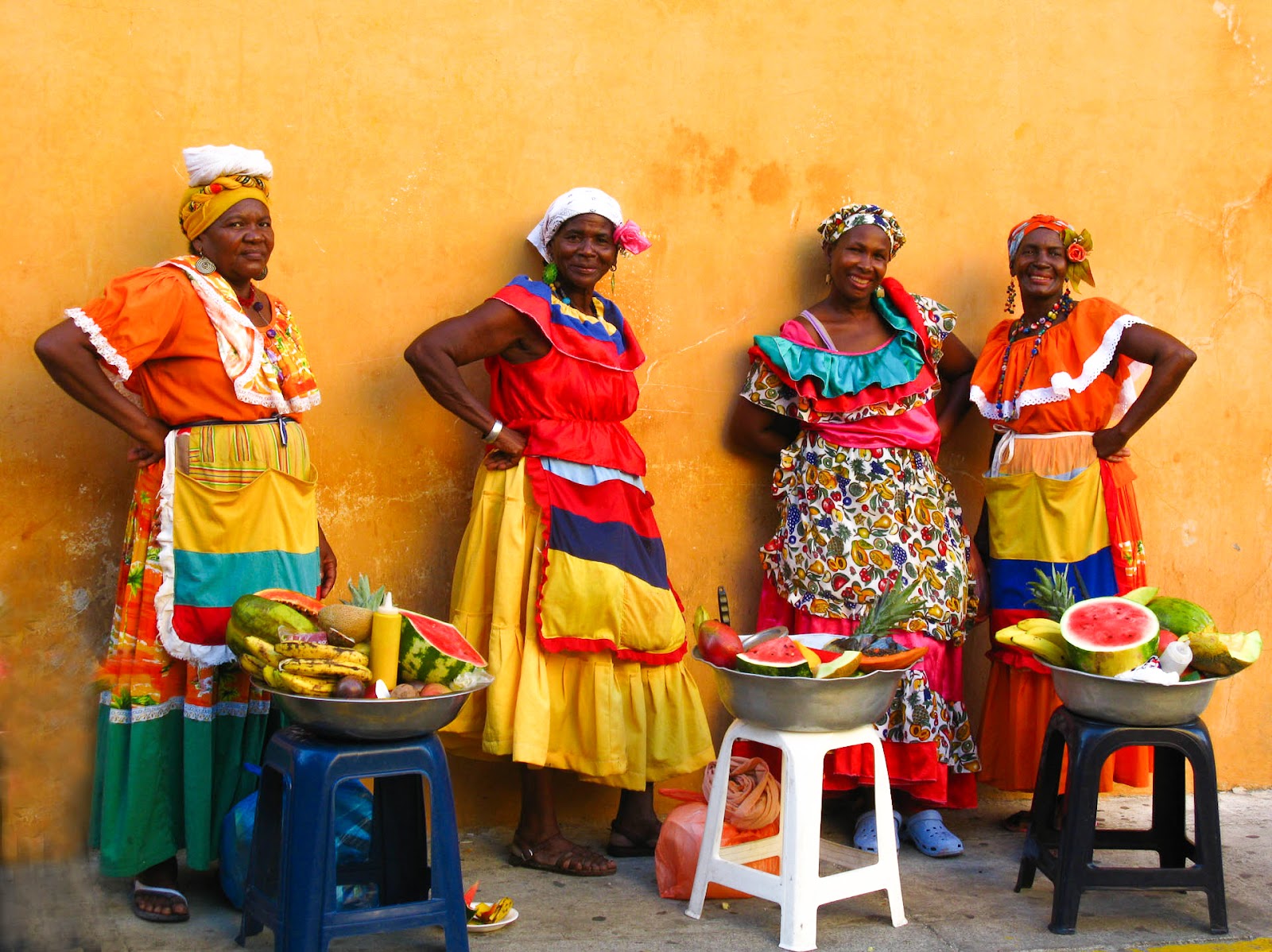 Many slaves escaped Cartagena and formed their own communities known as Palenques. While many of these free towns are now defunct, the town of San Basilio de Palenque, to the southeast of Cartagena, was the first slave colony to break free and thus has an unmissable story to discover along with the famed Palenqueras. Make sure to visit it on our tour. Becoming the first officially recognized free black community in the Americas in 1691. The African influence in the Cartagenian culture is evident and celebrated to this day in the region. Be it the music, the language, or the rhythms of dance, all facets of life exemplify the influence of Cartagena’s history as one of Latin America’s largest melting pots.

With growing discontent throughout the early 1800s in all of Latin America, and the successful overthrowing of power in Caracas, Venezuela, the Spanish misunderstood the legitimate efforts of the Latin American people, and their lack of acknowledgement led to the Cartagena declaration of Independence in 1811. The subsequent development by the republican superseding powers in Cartagena means that by taking a walk through the city’s walls you’ll encounter a dichotomy of varied architecture, along with the features of modern 21st century life. A true journey through the ages. 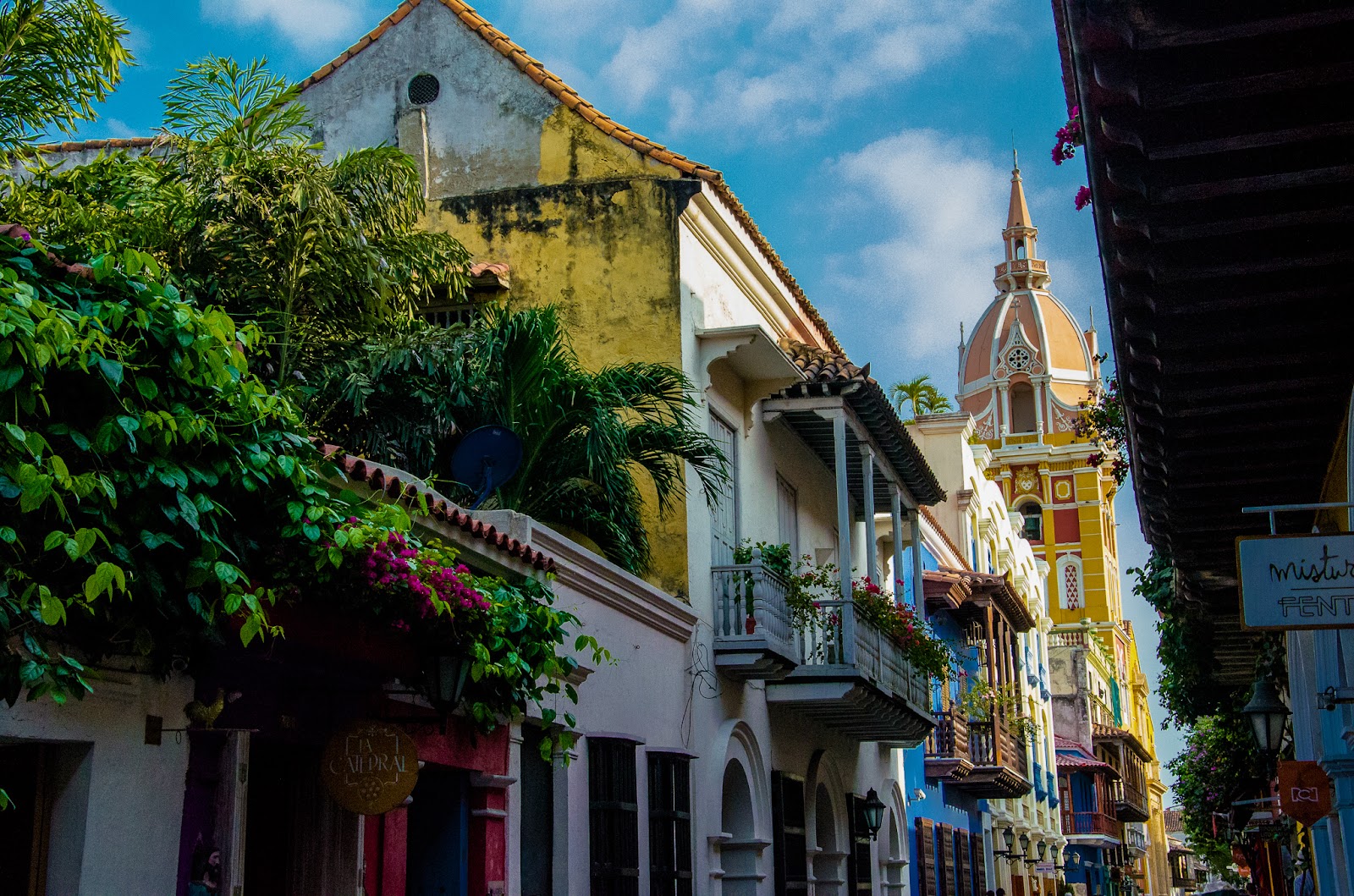 The architecture takes you on a journey through the ages 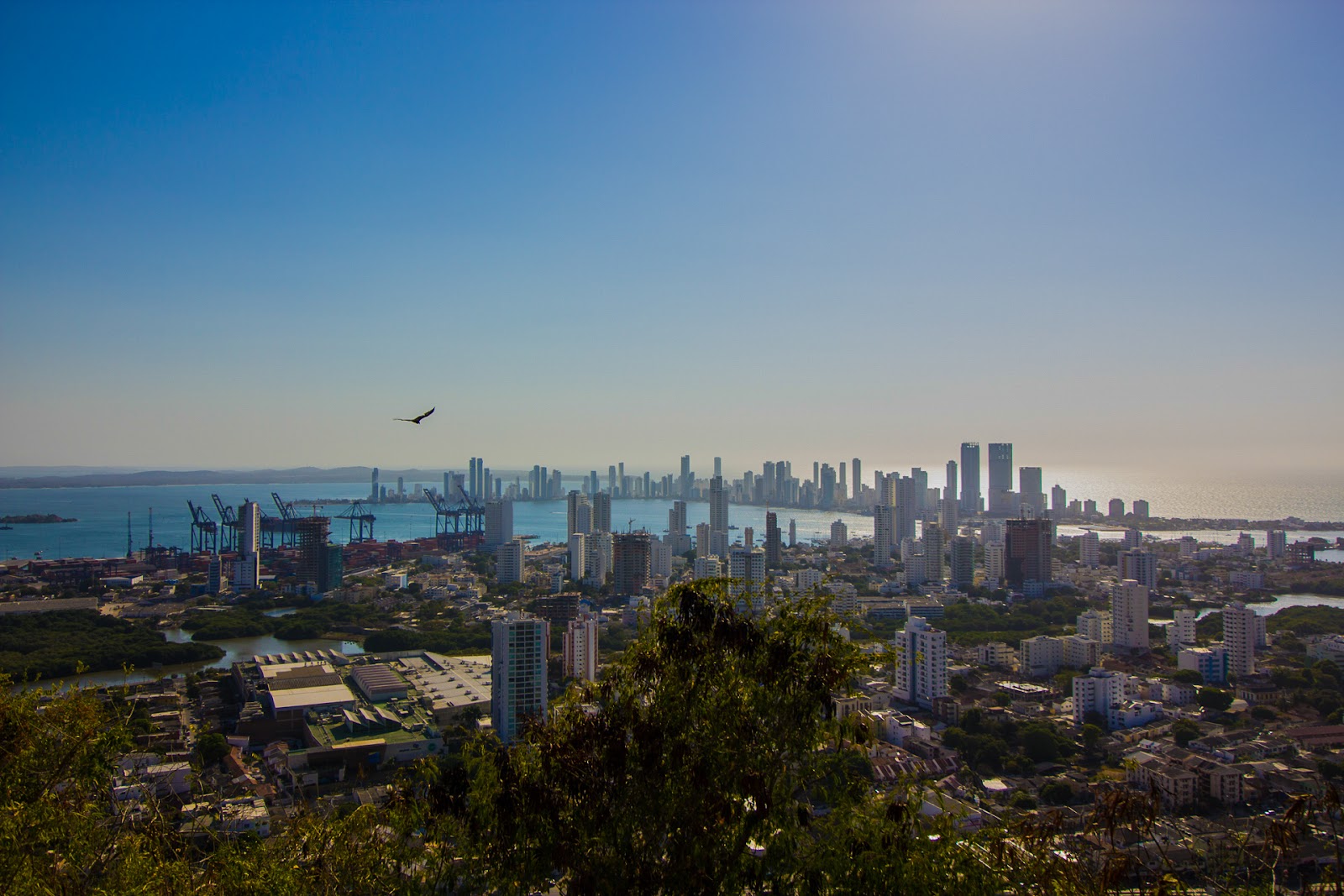 Following a period of sieges, battles, and bloodshed on all sides of the civil instability, the city of Cartagena de Indias was liberated in the year of 1821 following the development of Simón Bolívar (read more about Bolivar in our blog) in the liberation of the then New Granada, comprising modern-day Colombia. From there grew the nation that we see, and cherish, today.

Although not Colombia’s Salsa Capital, a prestigious title belonging to Cali, Cartagena has an amazing history of Salsa. However, Champeta, one of Colombia’s liveliest varieties of dance, was born in the barrios (neighborhoods) of Cartagena. 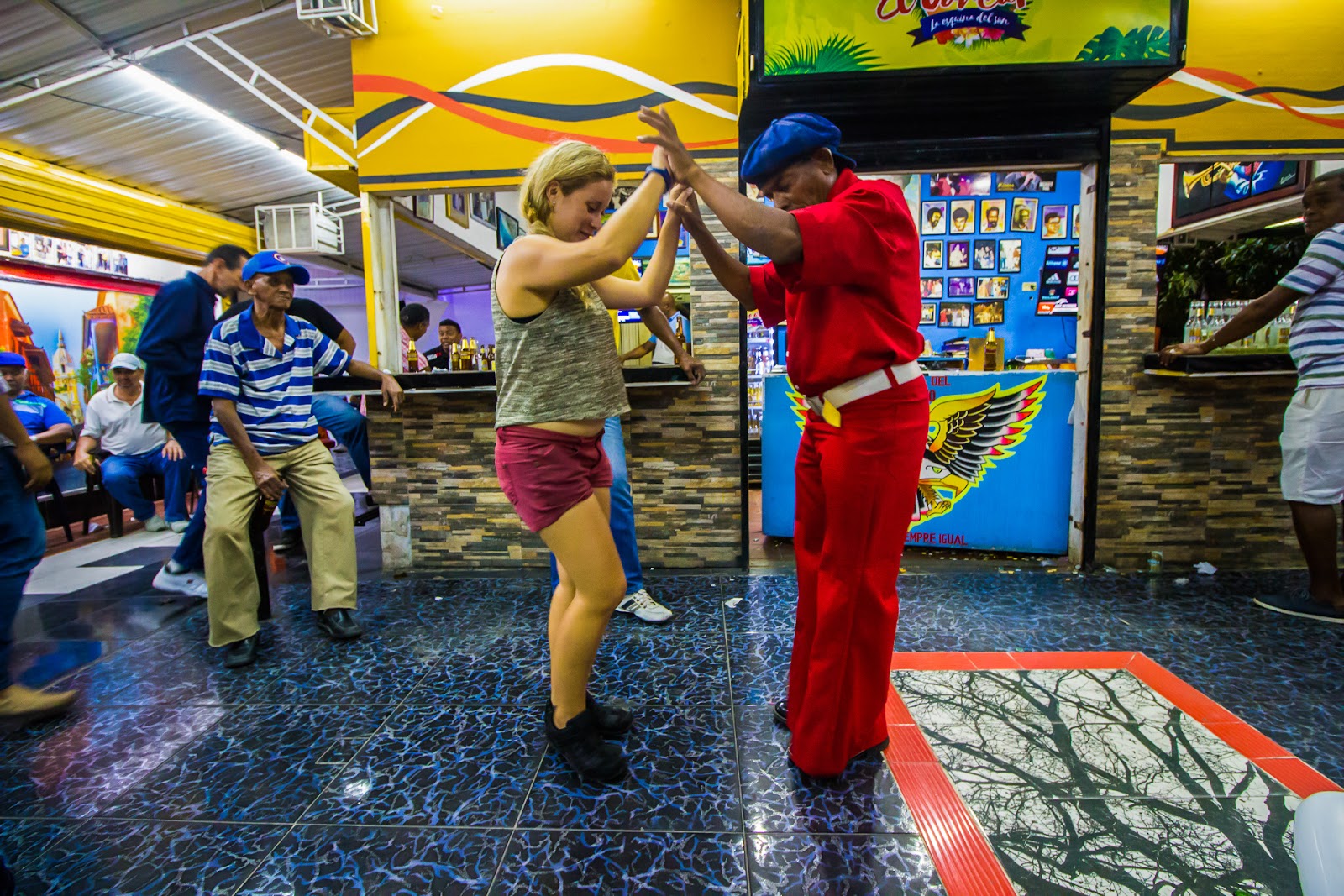 In any case, dance is a fundamental part of Colombian culture and as such you need to be prepared for the Colombian rhythm when heading out, especially in Cartagena. If you’re not too comfortable with your dancing abilities, fret not! Most Colombians will enthusiastically help a stumbling local, and fun dance classes that can give you that extra confidence to woo a local with your moves. 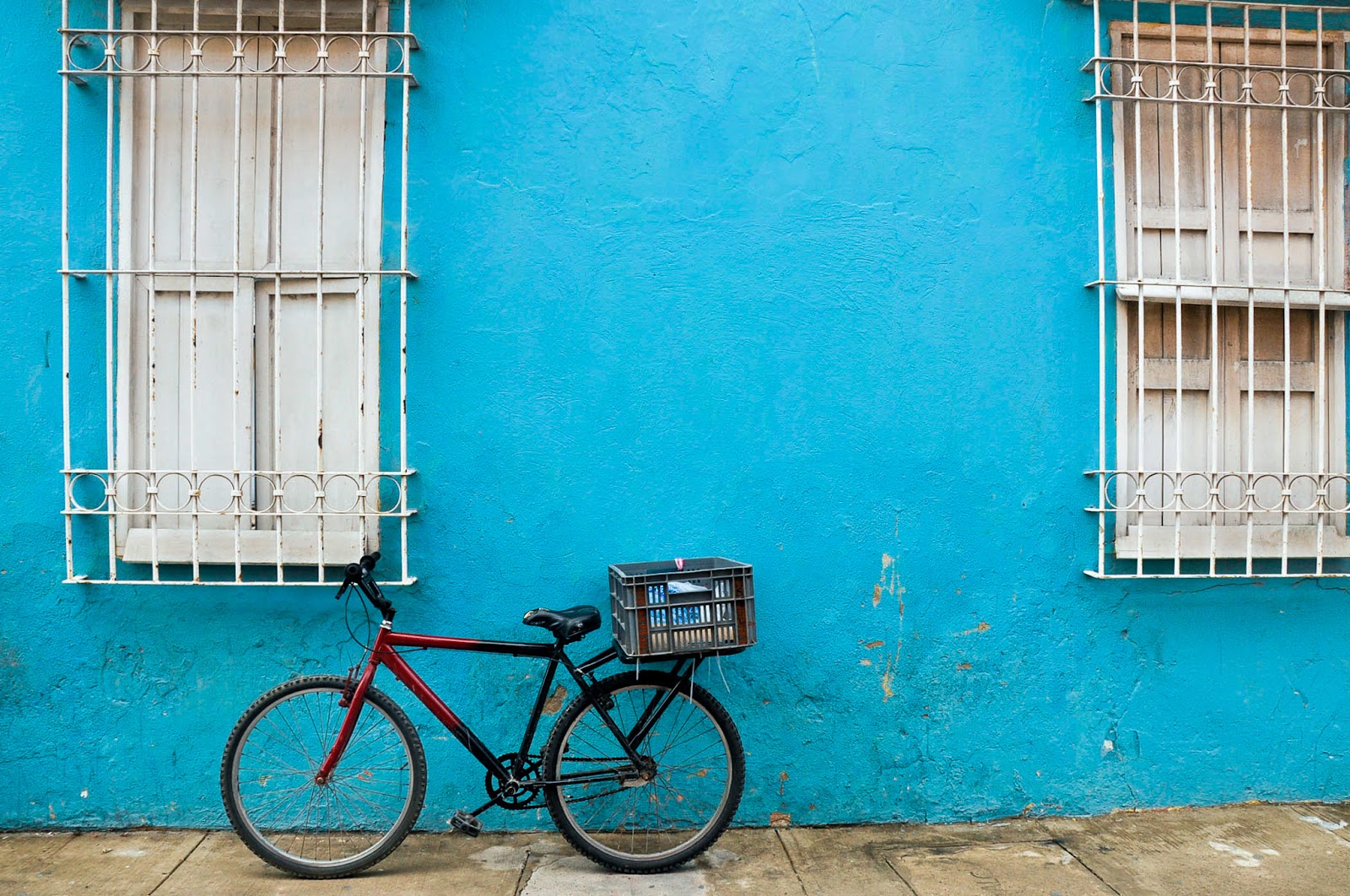 Hopefully, this blog has enlightened you to a few little known facts about Cartagena and prepared you for your trip into the exuberant Caribbean sun with succinct background knowledge.

Go check out our various Cartagena tours to find out how you can get the most out of your stay in Cartagena, with some immersive travel experiences.