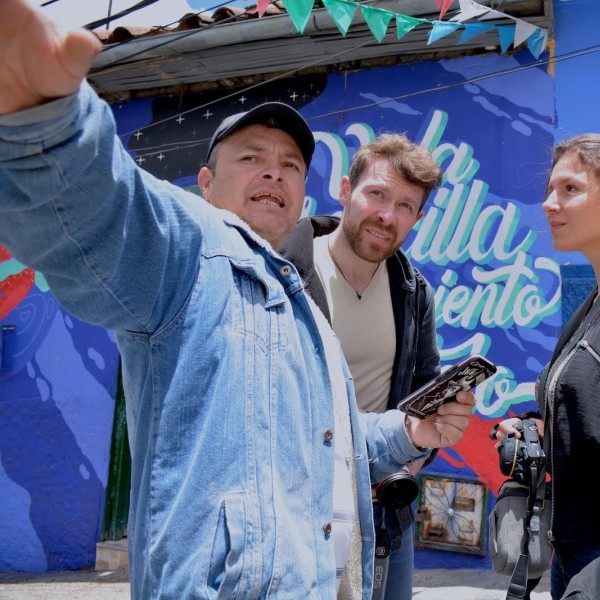 Breaking Borders: From Criminals to Storytellers for a Brighter Future

Read this blog post to find out how powerful local initiatives transformed Barrio Egipto from a dangerous neighborhood to a thriving place with a bright future.

“There was a boy who was the son of the leader of the district. He wanted to fly but he couldn’t. They shot him, he died.” Entering the Barrio Egipto on a Breaking Borders tour and hearing about the stories of its people is an experience incomparable to anything you’ve seen and heard before. 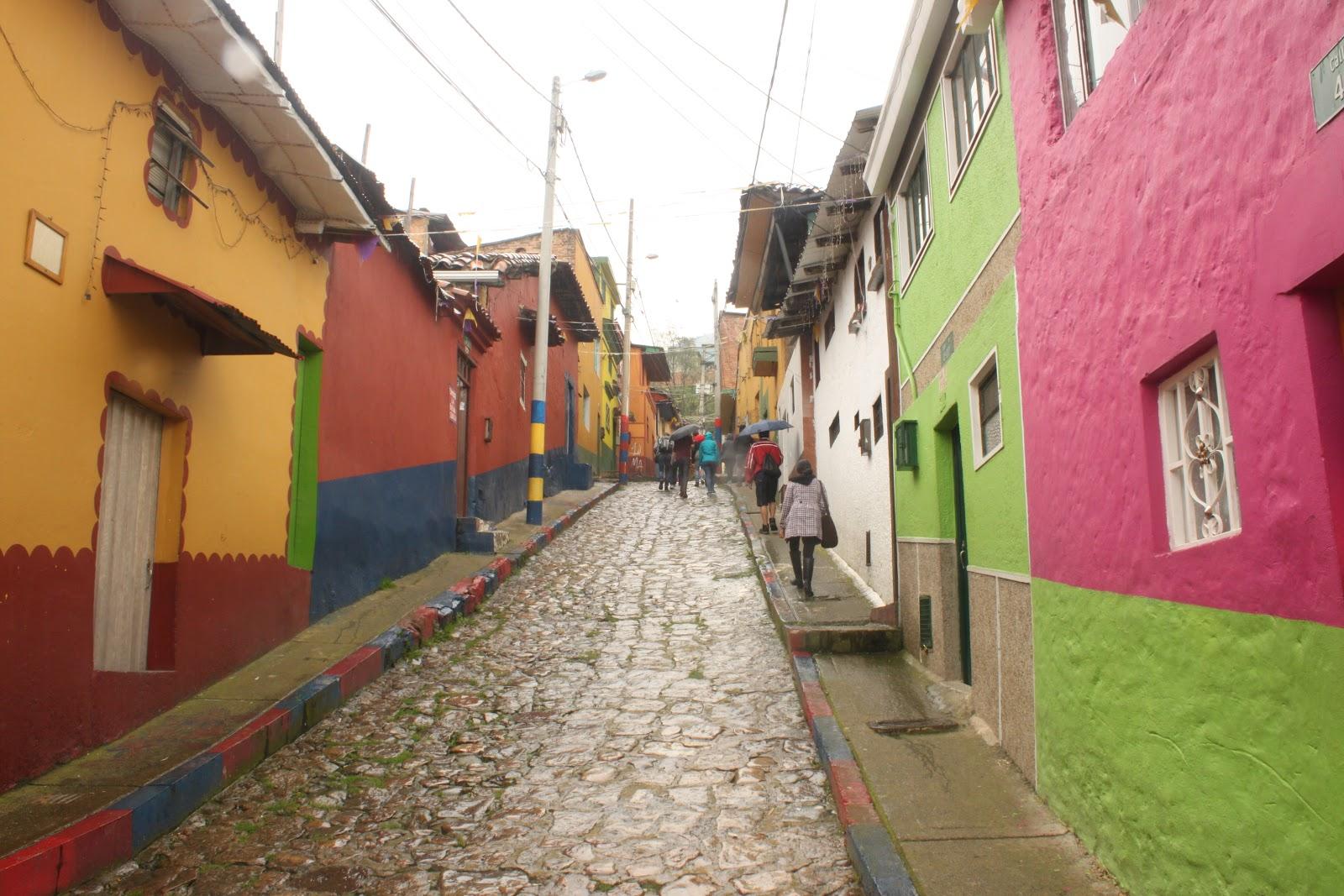 Barrio Egipto in Bogotá
Breaking Borders is the name of a project initiated in the district Barrio Egipto in Bogotá. This neighborhood was one of the most dangerous areas in the capital. It has been abandoned by the government for a long time, creating the perfect base for any kind of criminal activity. The drug traffic and illegal businesses also gave rise to a violent fight between different gangs for control over the territory.

Jaime and his friends, the founders of Breaking Borders, grew up in the middle of this conflict. Between 1990 and 2002 the fight for the centers of criminal activity in Barrio Egipto has caused about 1200 deaths. Most of these victims were juveniles between 12 and 18 years. In Jaime’s family, only 4 of 11 children survived the conflict.

The desire to create a different and better future for the next generation has motivated the families in the neighborhood to change something. Some of them have started a project where they give visitors very personal tours of their home. The project is supported by a local university called “Universidad Externado de Colombia” that helps the guides to link their own experiences with the historical context by giving them classes. 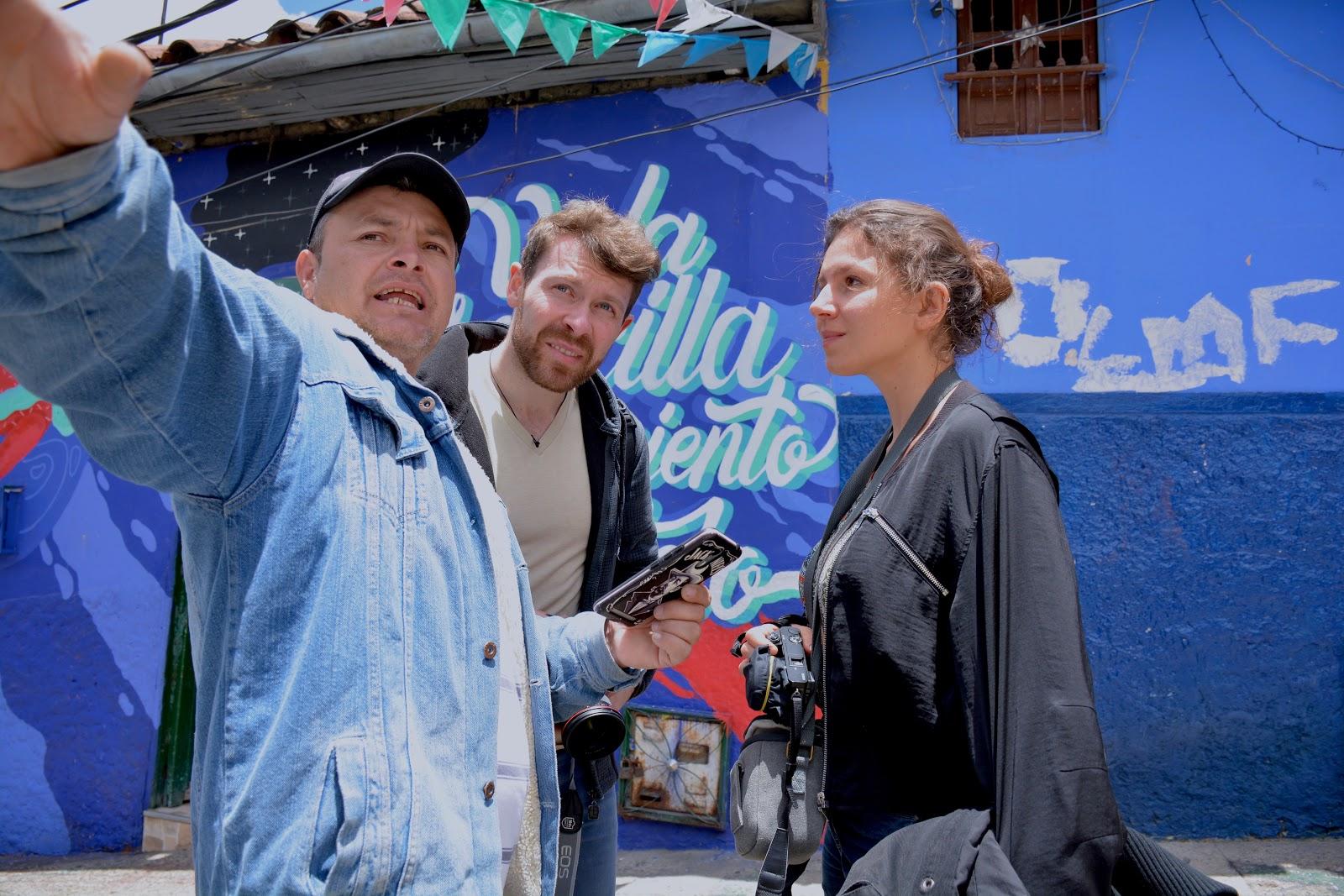 Jaime showing visitors around in the Barrio Egipto

On the tours, you can experience all the positive changes of this project first hand. You visit the foundation “Buena semilla” (good seed) that provides classes, breakfast and lunch for the children in the neighborhood. You will also get a taste of the musical culture that has been supported with the funds of the project. 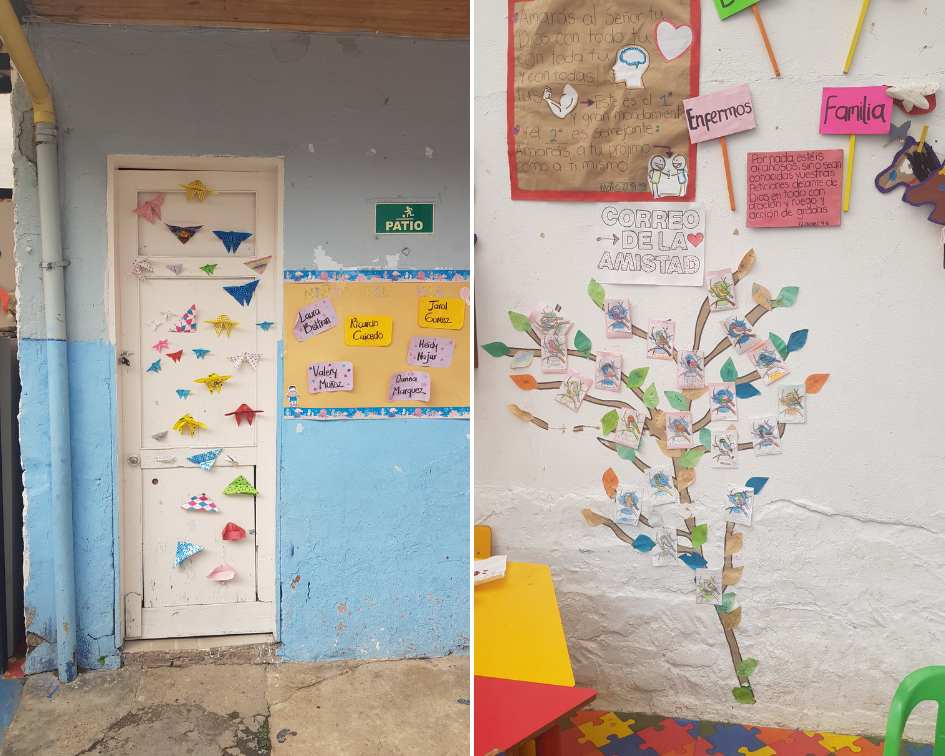 Each stop you’ll make on the tour is very connected to the personal history of the guides. It will send shivers down your back when they tell you about how they spend their childhood in the streets. Many of them had lost their father and the mother had to work to feed her family so the children were alone all day. The district’s church would sometimes hand out food to those children through a little door in the back which is nowadays a colorful reminder of the story of the guides. 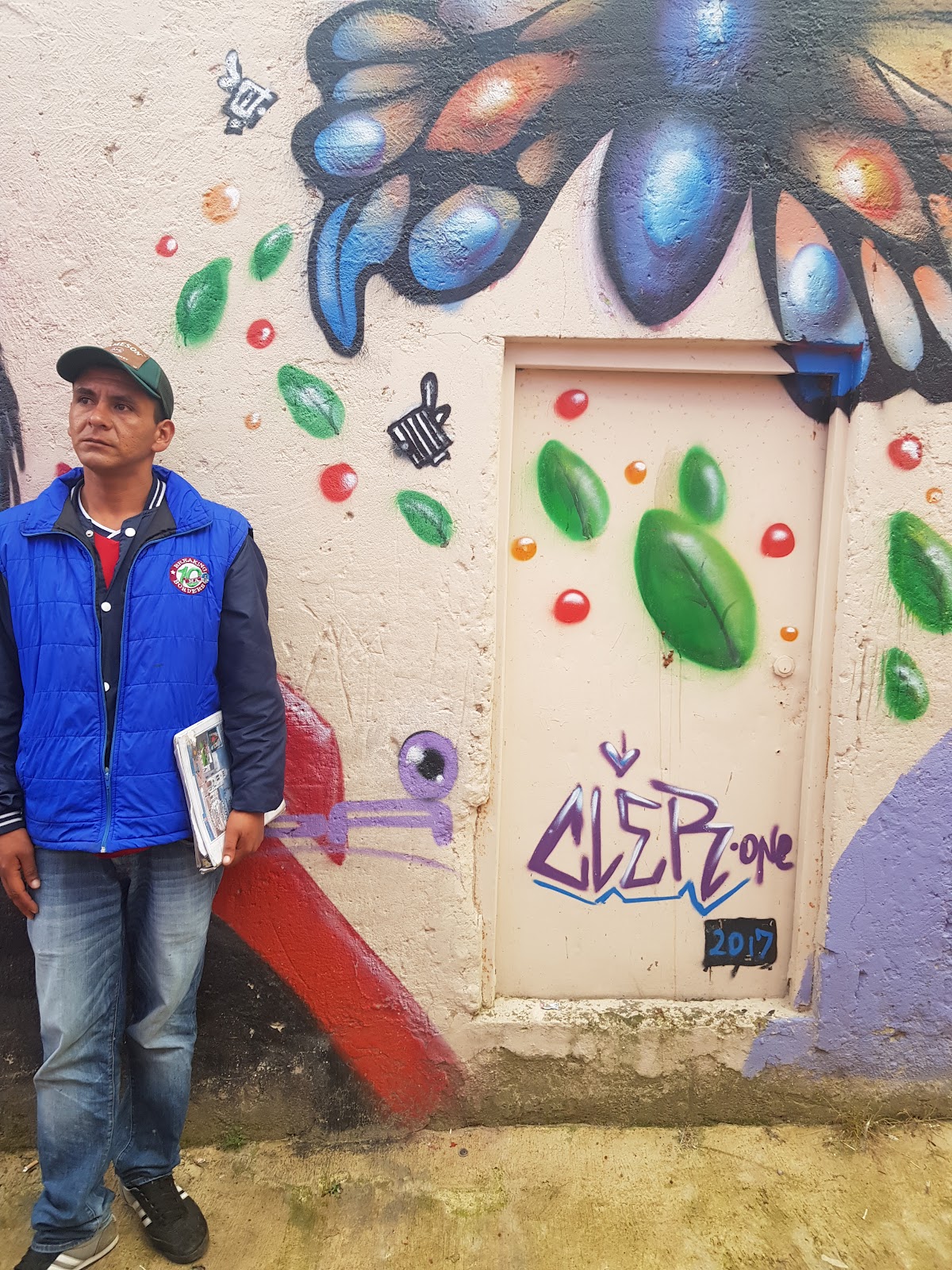 The street art in Barrio Egipto tells you about the development of the neighborhood in an equally touching and shocking way. One of the most impressive pieces is the “image of lost youth”. It shows a picture of the son of the former district leader who was killed by his father’s opponents. This example shows that the children often were the ones to suffer the most from the conflict. 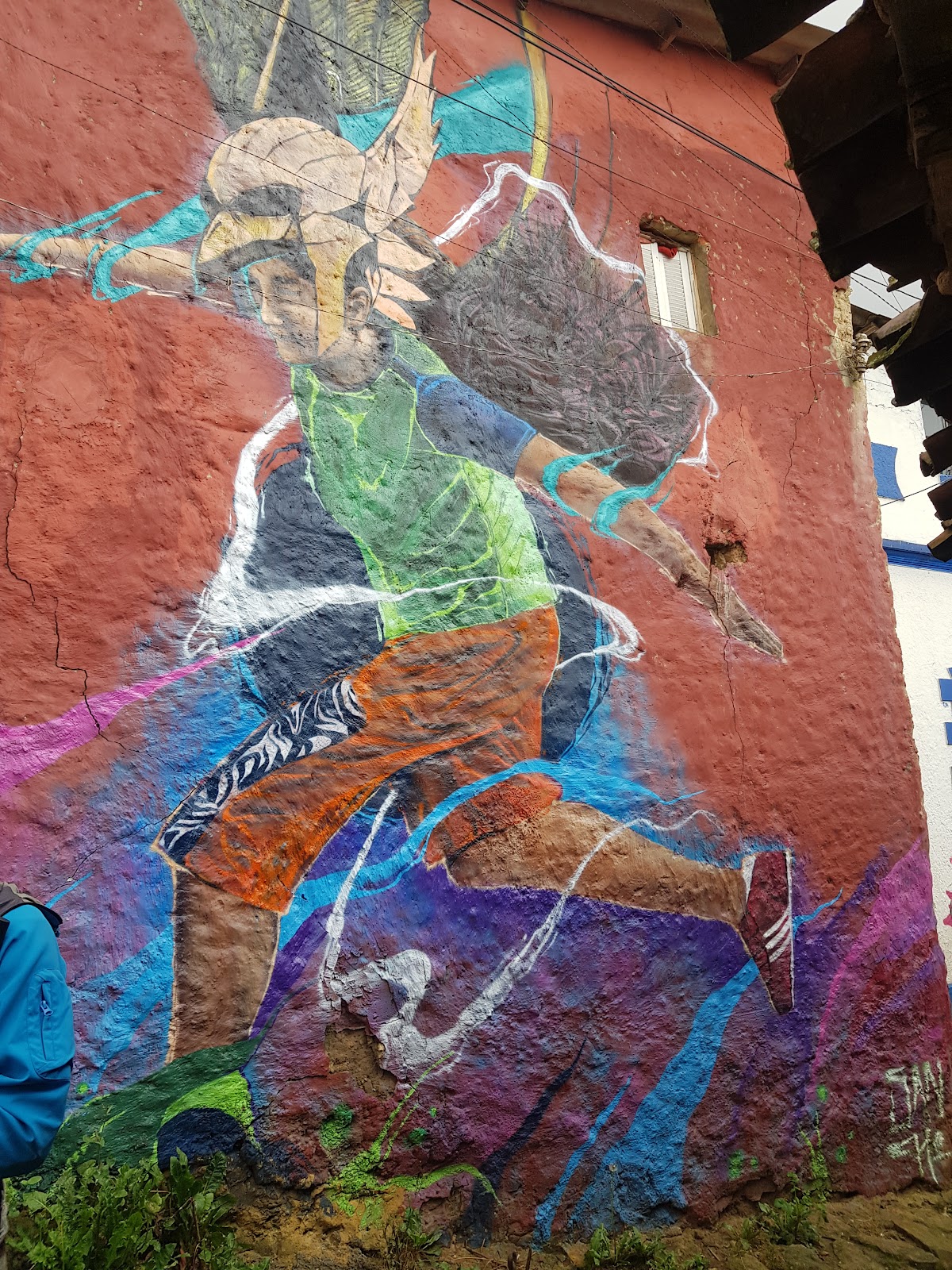 You will experience the culture of Barrio Egipto not only by hearing about its history but also by meeting its people. Beside Jaime and the other guides, you will get to know some of the most important people in the neighborhood. Important not because they have power or money but because of the value they have for the community.

One of them is Celina, 86-year-old woman, that has been living in Barrio Egipto for 60 years. You will first see her on the wall of a house, where her friendly face has been painted as a tribute to what she has done for her neighbors. In the middle of the conflict between the different gangs in Barrio Egipto, she was the one to cure the injured men, women and children. 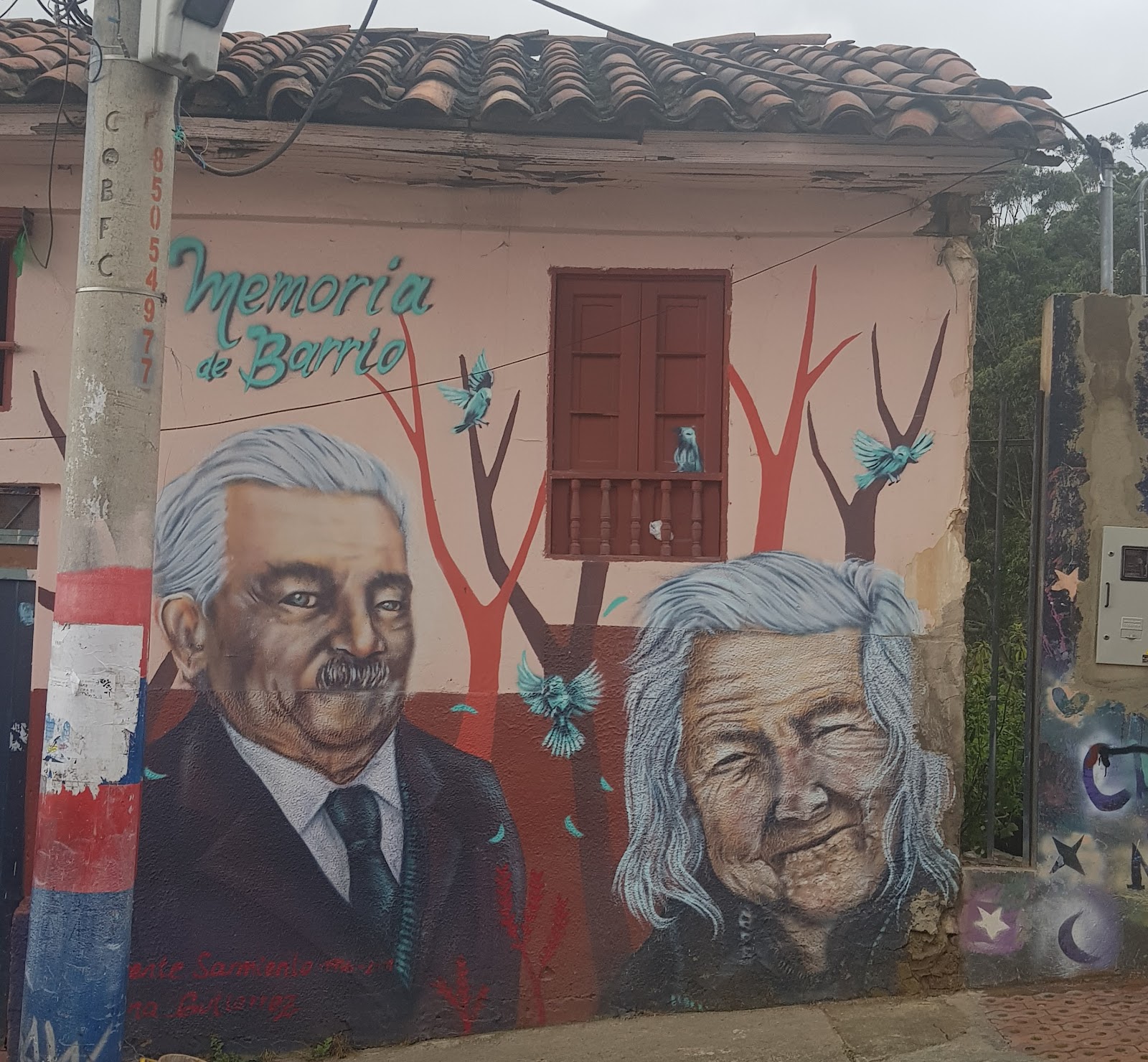 Celina’s house lays high in the hills of Barrio Egipto. She gladly steps out of her simple wooden cabin to tell visitors about the history of her neighborhood and answers any questions. Of course, she is always accompanied by some of the guys of Barrio Egipto who now take care of her the way she took care of them. You really notice that the people here live like one big family.

Another highlight of the visit to Barrio Egipto is when Jaime invites you into his house to experience the incredible view of the city while sipping on a traditional Chicha drink. By the end of the tour, you will almost feel like a local in the neighborhood. 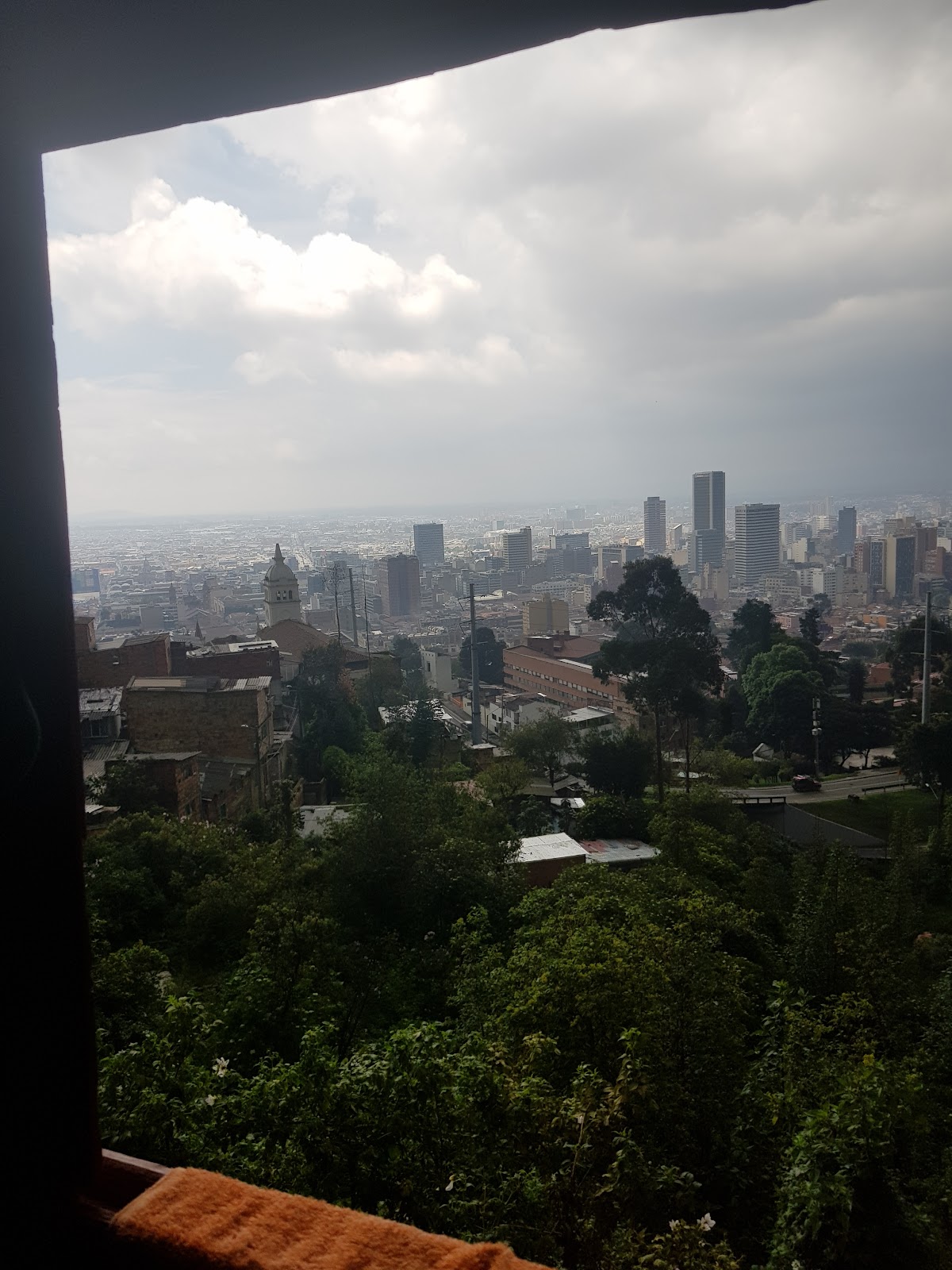 The view of Bogotá from Jaime’s house

From the minute Jaime picks you up for the tour to the moment of saying goodbyes at the foot of the hills that are home to him, he almost always has a big smile on his face. This smile is also why his friends call him “calabaza”, Spanish for pumpkin. Jaime’s chipper personality contrasts with the stories that you hear on the tour but by the time you leave Barrio Egipto, you will not only understand him but also be inspired by the way he and the other members of the community decided to turn their life around.

Walking through the streets of Barrio Egipto you slowly realize the reason why the locals so happy in spite of their difficult past – it is you. You and the bigger project that you become a valuable part of once you set foot in the neighborhood. Jaime won’t get tired to thank his visitors on many occasions during the tour. Everything that they’ve built and improved in the district: a football field, a workshop, a roofed meeting place – he accounts it to the people that come to learn about his home and history.