Colombia’s Indigenous People - What You Need to Know

Learn about Colombia's indigenous tribes on our blog. Even outside their original territories, they keep their traditions alive. Explore fascinating cultures!

Colombia has more than 87 different indigenous people, who are recognized by the state of Colombia. Although they make up only a small percentage of Colombia’s inhabitants, they have a rich cultural diversity and therefore a great impact on customs and traditions throughout the country. Get to know 6 of the indigenous groups, being introduced to cultural rituals, religion, and the history of the tribes.

Ever since the conquest through the Spanish, Colombia’s indigenous faced repression, exploitation, and displacement. Many have been forced into the armed conflict, experiencing violence and abuse. Only since 1991, the indigenous people of Colombia have achieved equal rights, but in spite of all these difficulties until today most of them urge to conserve their cultural traditions. Understanding their culture helps to keep their traditions alive. Learn some interesting facts about 6 of Colombia’s indigenous tribes, and find out what makes their cultures so special. 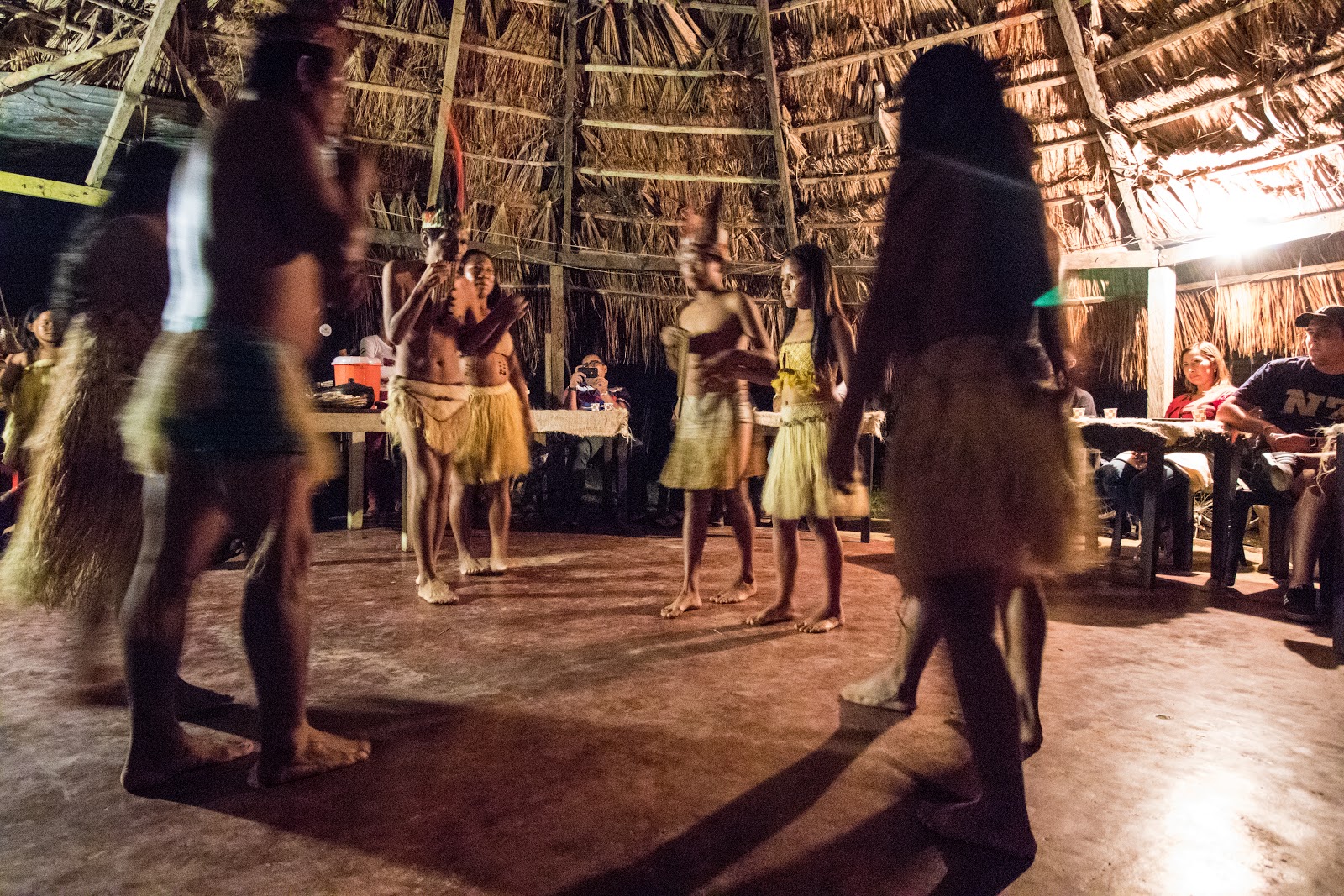 Tukanos during a traditional dance

The Nukak Maku tribe got in contact with other people in the 1980s in San José del Guaviare for the first time. They are one of the last nomadic living people in Colombia and the Amazon jungle is home to them. They know the fruits grown here well, and the plants that are useful to produce curare. This is a mix of up to 5 different plants in which they dip arrows when they go hunting. This poisonous arrows will leave their prize paralyzed. The Nukak Maku are specialists in hunting, using an about 3 meters long blowpipe for their poisonous arrows. A good hunter can blow the arrow up to 4 meters. Also very important for hunting successfully, is knowing the animal’s behavior and being able to imitate the noises they make in order to allure them. Monkeys, wild pigs, and fish are an important part of the nutrition for Nukak Maku people, but they also eat turtles, insects, palm fruits and honey. Due to diseases, they got exposed to trough the contact with other civilizations, the Nukak Maku are almost extinct, as they don't have immunization against them. Another problem they had to face was the guerrilla fighters, who used El Guaviare to hide in the jungle during the armed conflict. This has drawn the Nukak Maku in the middle of the conflict of guerillas and paramilitaries. The same happened with the narcotráfico (drug traffic). The jungle seemed the perfect place to hide coca farms and cocaine labs. So the Colombian government tried to fight the cocaine production by poisoning the soil, sadly this affected not only the coca plants but also the other vegetation in the area, which secured the livelihood of the Nukak Maku.

Originating from Brasil, the Tucanos are another tribe living in Colombia's Amazon region. They are one of the indigenous people you can actually visit when coming to El Guaviare. The Tukanos are usually multilingual, speaking up to four different languages. This is based on the fact that Tukanos must not get married within their heredity, but with someone from a different tribe, which in many cases means that they speak a different tongue. More than the different languages, Ayahuasca is an important part of the Tukanos culture. Ayahuasca is a hallucinogenic drink, used for religious rituals and special occasions. During the past few years, it became quite popular for some tourists to visit Colombia’s jungle, just to try this drink. But this also offered the opportunity to people, who don’t really have the knowledge to prepare the Ayahuasca, to make easy money. Therefore there have been some unpleasant experiences, some tourists commented about. Due to this, the Colombian Government thought about prohibiting the consummation of this traditional drink, which is one reason why some indigenous people feel that their cultural customs are endangered. 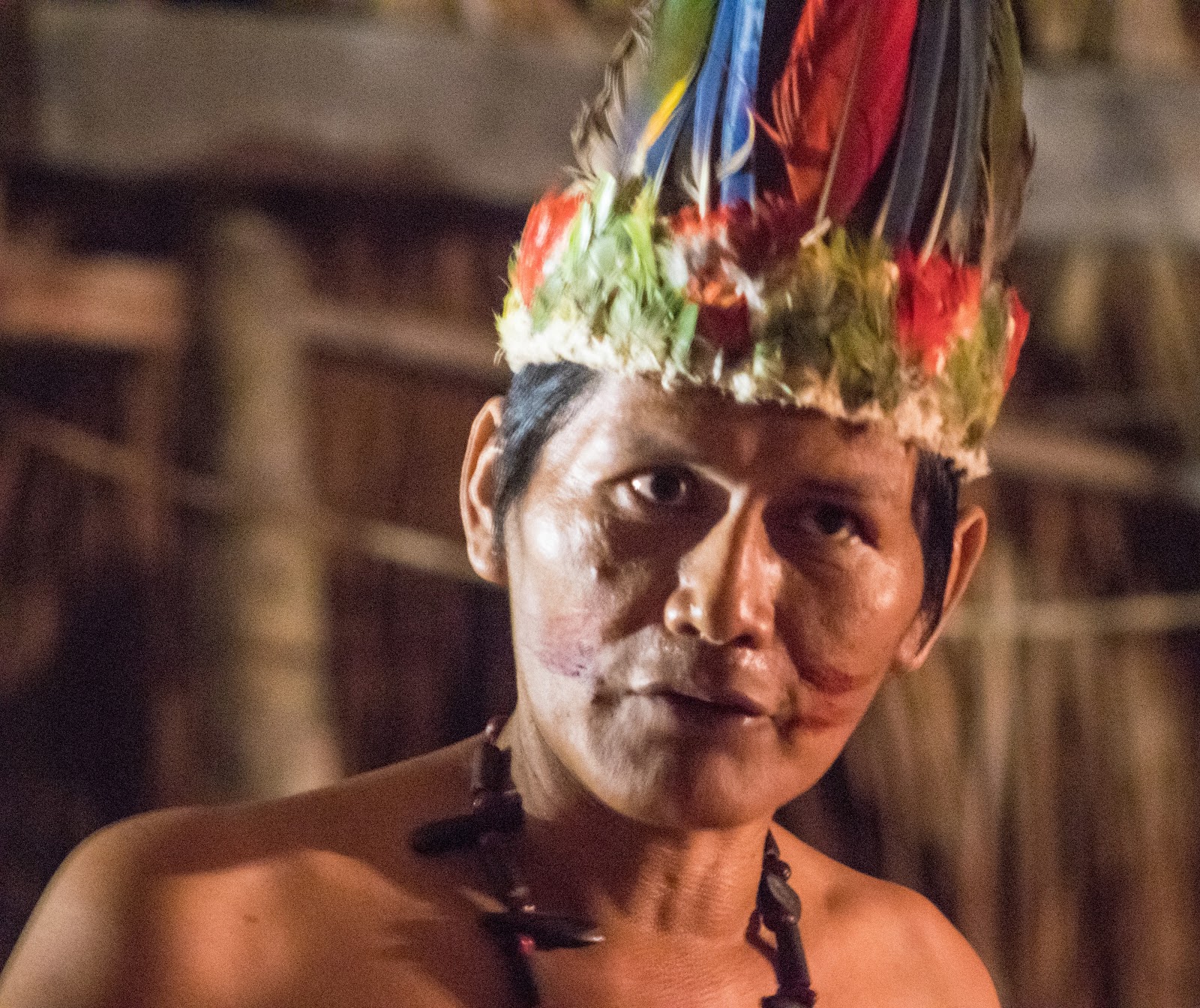 The Wayúu are the largest indigenous group living almost in the opposite part of Colombia than the Tukano. They inhabit the desert of the peninsular La Guajira, in the north-eastern part of the country. During the armed conflict in Colombia, this group of people was massively endangered by the violence and abuse of the guerilla fighters. Until today, they face a rough life, living in a very poor and dry region. Cultivating vegetables here is difficult, so their main nutrition comes from the goats, that belong to any Wayúu settlement. If you want to get a first-hand Wayúu experience, you can visit this tribe on one of their traditional rancherias, their homes, where they live in a family consolidation. There you have the chance to try the food, see how the traditional mochilas (bags) are crocheted and have a look at the beautiful dresses, used by the wayúu women. The Wayúu are known throughout the country for their handicraft works, such as their typical bags and hammocks. They are especially colorful and the patterns have different meanings to them. The knitting is deeply connected to the role of the women in Wayúu culture. Girls get introduced to the handicraft works, as soon as they turn 8 years old. Another important moment in a Wayúu girl's life is when she gets her period for the first time. When this happens, the girl will be closed away from society for months, and can only be visited by other women. This time period symbolizes the transformation from being a girl to becoming a woman. 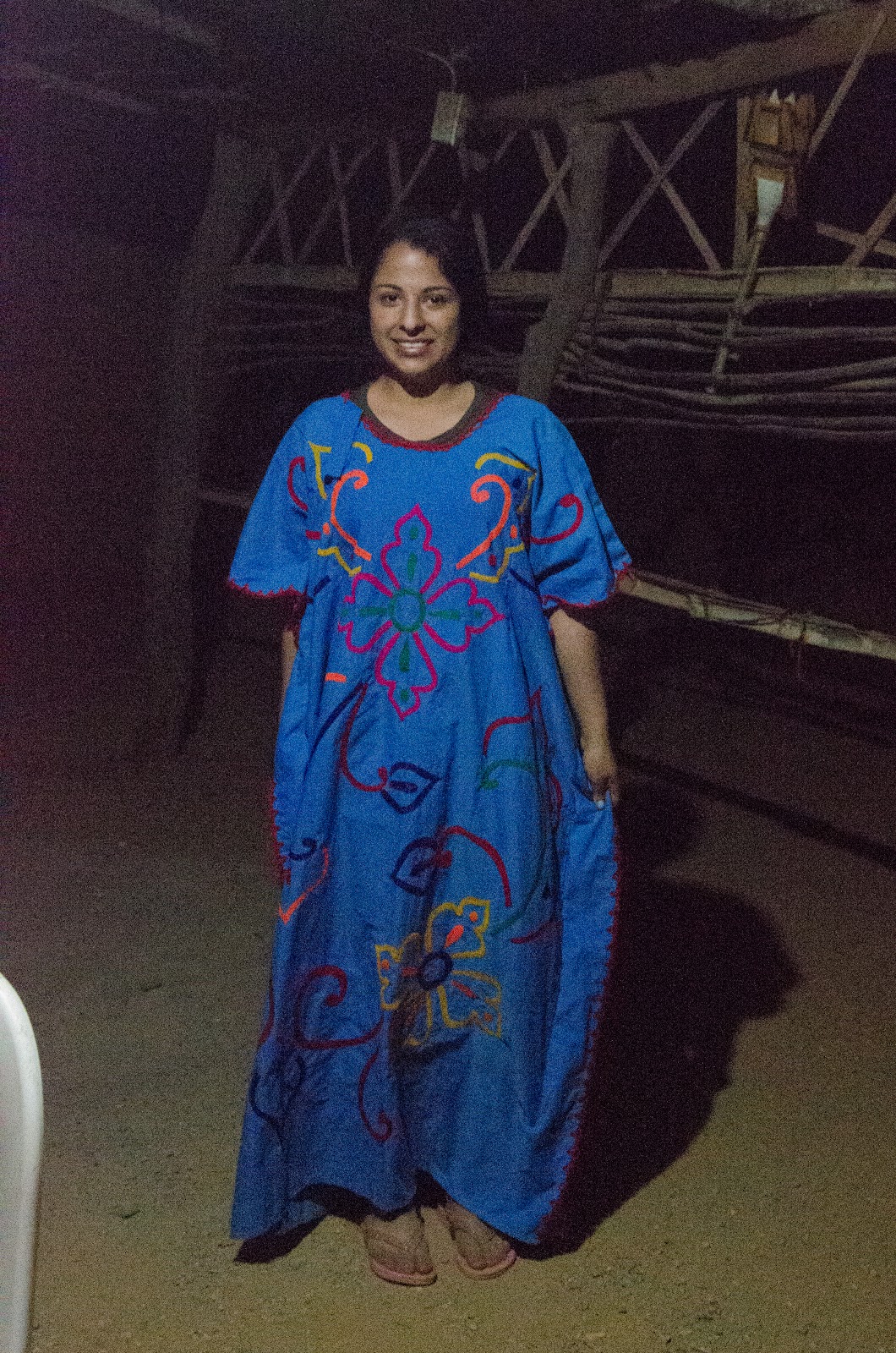 Trying on the traditional Wayúu dress

The Taironas were a Precolombian tribe living in the Carribean region, north of Santa Marta. In order to fight the Spanish conquerors, the Taironas burned down the city of Santa Marta several times and worked together with French and English pirates. They lanced against oppression for many years, trying to conserve their culture and religious beliefs. The tribes have been organized by a chief, who was in charge of politics and justice within a town. If someone within the tribe died, the majority of his belongings were transferred to the chief. The family only kept a small part for themselves. If the dead was amongst the bravest people of the tribe, the Taironas had a special ceremony, where the body was cremated, and the grease of the body was drunk by the people. The Taironas earned their living by agriculture, fishing, sea salt production, and producing gold jewelry. More than that they learned about beekeeping and exchanged their goods with other tribes like the Muiscas. One of Colombia’s most famous sights today, La Ciudad Perdida, was the main place used for ceremonies by the Taironas. Besides that, the Lost City is a testimony of the architecture the Taironas used, as the drainage system to cope with heavy rainfalls. It is assumed that this city was build in the years 600 and abandoned in 1550. 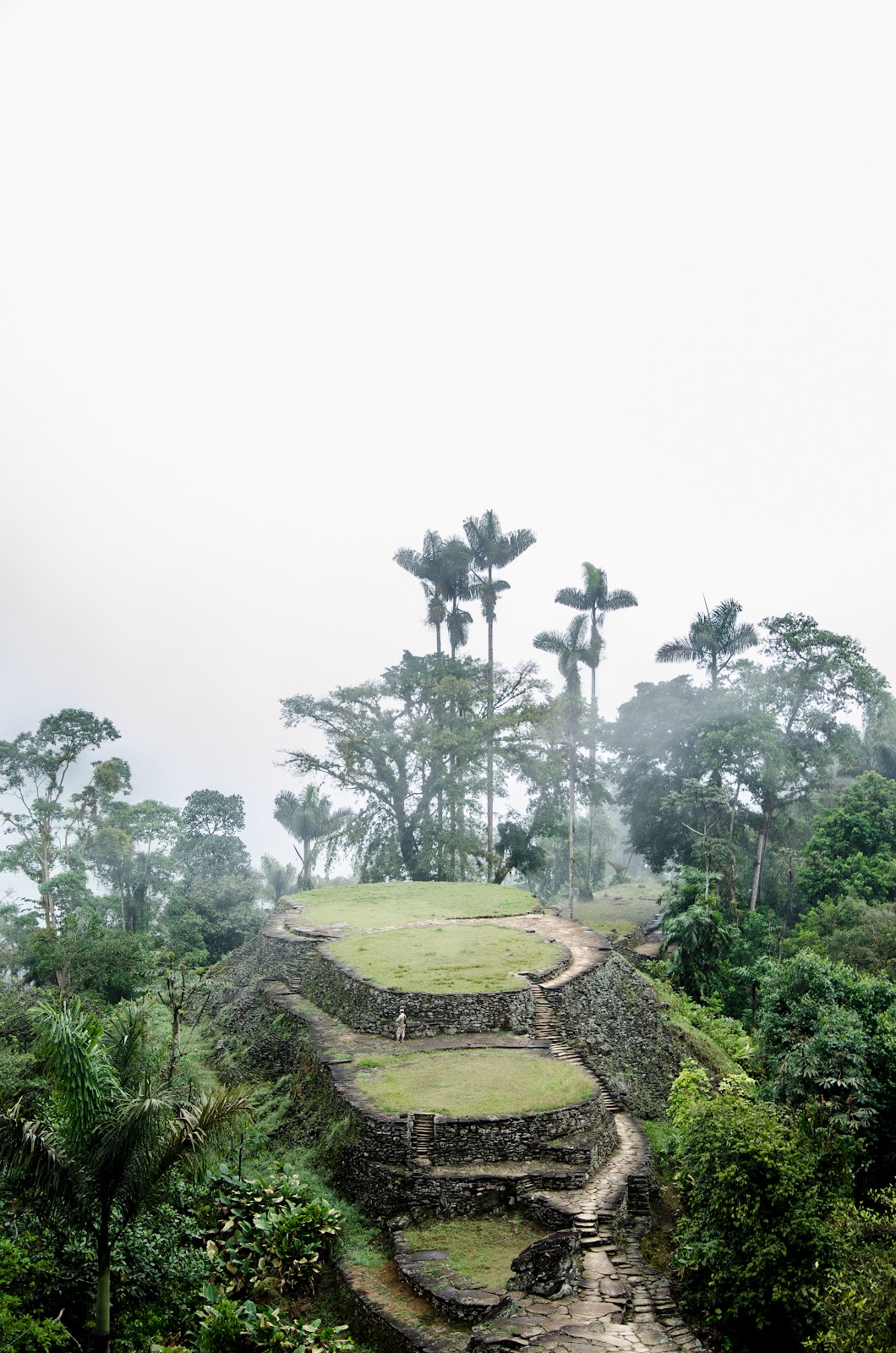 Another indigenous group from the region of the Sierra Nevada by Santa Marta, are the Arhuacos, who are descendants from the Taironas. In their belief, the Sierra is the Heart of the earth, the center for them. They consider their ancestors and themselves as elder brothers, whereas everyone else is considered to be a younger brother. They are guided by the Mamos, who are the spiritual leader of the Arhuaco. They represent the connection between nature and humans. To become a Mamo the Arhuaco needs to be educated for 9 years, living in a cave with the eldest, who will teach them everything they need to know. The Arhuaco people especially focus on keeping the world in balance, and they feel that this balance is endangered by the younger brothers, as to say anybody who is not Arhuaco.

Muysca translated into English means people or person. They are another group of Precolombian indigenous people, who lived in the region of Bogotá and Tunja and formed the legend of El Dorado, the gold legend. For the Muiscas the Lagoon of Guatavita was a sacred place, used for offerings. The ancient tales of their culture tell that there was a ritual, that every time a new chief was announced to the group, he was covered in gold and had to go into the Lagoon. Later the whole tribe gave gold and emerald offerings into the water. Based on this the legend of El Dorado evolved and therefore the Spanish tried to retrieve the treasures they assumed to be on the ground of the Lagoon. Besides offering gold to their goddess, the Musicas also used animals and humans, in order to please their Lords. The Muisca spoke Chibcha, which is also used as the tribe name sometimes. 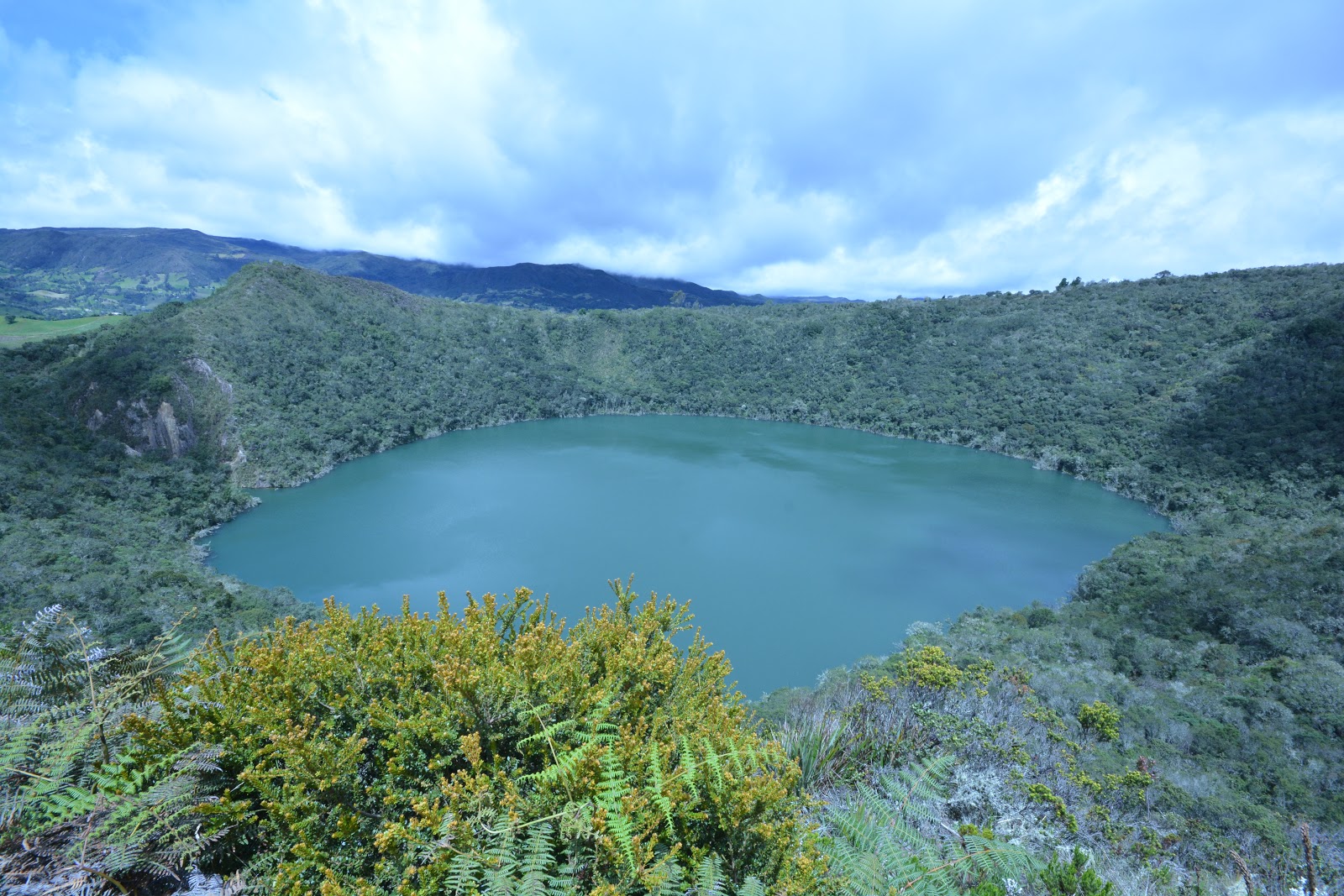 Colombia today is home to 87 different indigenous groups, who have their own customs, traditions, and beliefs. Some descend from the ancient inhabitants of Colombia like the Taironas and the Muiscas. They had to face different challenges throughout the past, but still, they try to keep up their cultural identity.